Foreign direct investments (FDI) in Georgia amounted to USD 125.4 million in the first quarter of 2021, a 28.3% decrease from the same period of the previous year, according to the preliminary data released by the National Statistics Office of Georgia (Geostat) on June 9.

Decreases in reinvestments and transfer of ownership of several companies from non-residents to residents were the key drivers of the decline, Geostat reported.

The United Kingdom remained the largest investor with USD 88.4 million in FDI, followed by Russia with USD 31.9 million and Turkey, with USD 24.5 million. 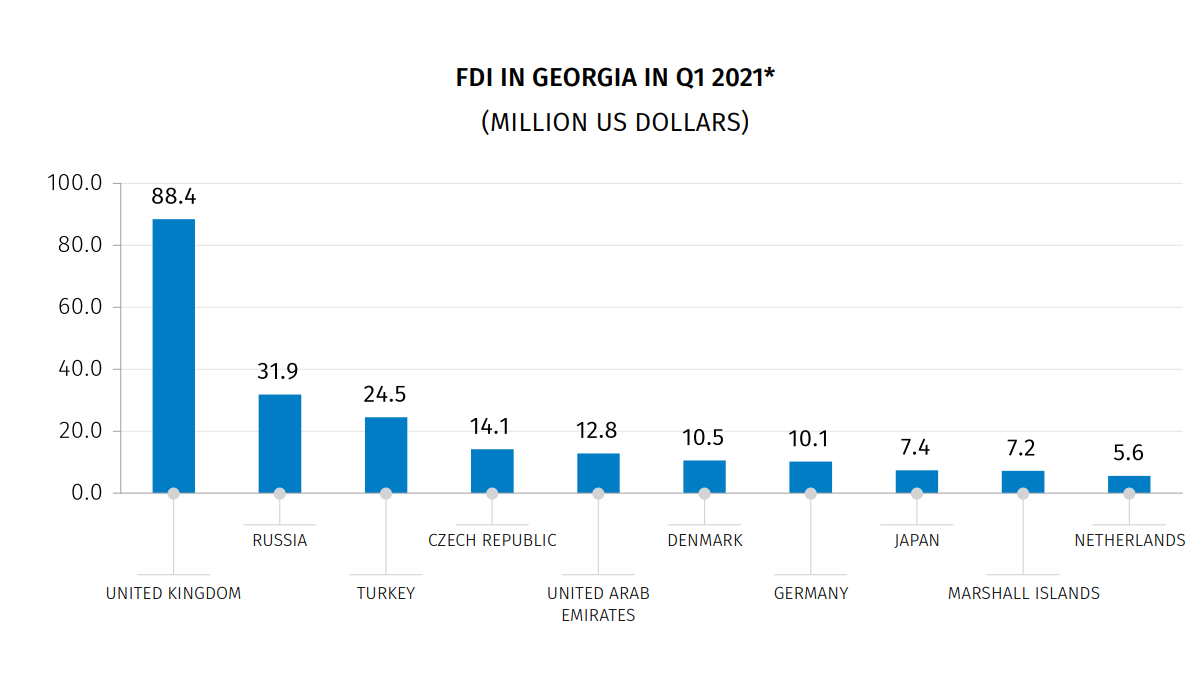