The State Security Service of Georgia (SSG) announced on 5 August, that Zaza Megrelishvili and Tamaz Gogichaishvili, who were illegally detained near the Tskhinvali occupation line near the village of Lopani on December 15, 2021, by “Russian occupation forces” were released and are in Tbilisi controlled territory.

According to the SSG, “in the process of releasing the illegally detained from illegal detention both the hotline mechanism and other tools at the disposal of the central government were actively used.”

In addition, Tbilisi regularly discussed the issue of their release from illegal imprisonment in the format of the Incident Prevention and Response Mechanism (IPRM). They also regularly provided information on the issue to the co-chairs of the Geneva International Discussions (GID) and other international partners.

“The central government continues to actively work to release other illegally detained citizens of Georgia, both in the direction of occupied Tskhinvali and occupied Abkhazia,” the SSG stated and assigned full responsibility for “destructive actions” in the occupied regions and along the occupation line to the “occupation force.” 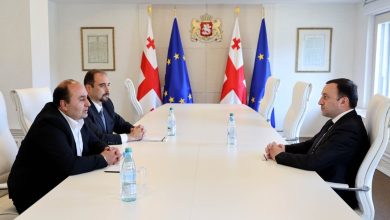