28 MEPs have called on Interior Minister Vakhtang Gomelauri to “protect Tbilisi Pride activists and ensure their universal right to freedom of expression and peaceful assembly are effectively enjoyed,” in a joint June 28 address coming ahead of the Pride celebrations slated for July 1-5 in capital Tbilisi city.

Georgian Dream Chair Irakli Kobakhidze’s recent remarks about canceling Pride Week “are in contravention of these universal rights,” stressed the European Parliament Members, including the Vice-Presidents of the LGBTI Intergroup and its Co-Chair Marc Angel (S&D), Luxembourg. This referred to a June 17 comment by MP Kobakhidze arguing organizers abstaining from holding celebrations “would be the responsible decision.”

“We have seen how in previous years LGBTI-phobic groups have taken advantage of these celebrations to build on their hatred and attack LGBTI peaceful protesters,” the MEPs said, calling for sufficient and effective police protection during the July 1-5 celebrations.

Georgia has invested in capacity-building training to police officers on hate crime and hate speech, the MEPs recalled, adding they are certain these efforts “will bear results in providing the necessary support to the upcoming Pride events.”

The signatories also noted that Georgia has commitments under European Convention on Human Rights and the Association Agreement with the EU to tackle discrimination against women, LGBT persons, as well as ethnic and religious minorities.

The missive comes as Georgian far-right groups, and those affiliated with the newly founded ultraconservative movement ERI have announced plans for holding a counter-rally during the July 5 March for Dignity by Pride activists. 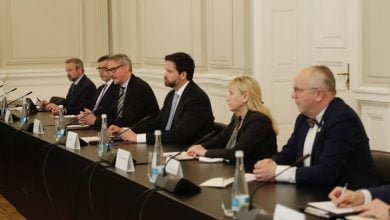 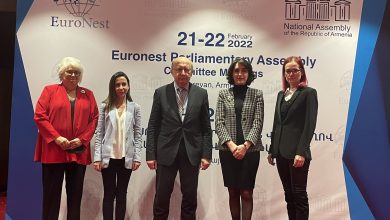