On November 27, the European Parliament held a debate on developments in the Eastern Partnership (EaP) countries at its plenary session in Strasbourg.

Below is a compilation of some of the speeches of MEPs concerning Georgia in particular:

Kati Piri (Netherlands, Progressive Alliance of Socialists and Democrats): Large protests are currently held in Tbilisi since the government failed to deliver on its commitment to change the electoral code in 2020 to full proportional system. This promise was given to the Georgian voters and we expect all Georgian parties to deliver up to this promise. While Georgia did come a long way in democracy during the last few years, the current political crisis risk great instability in the country and that’s something that Georgia can simply not afford. We expect from all political parties [that] dialogue is initiated on how to solve the current deadlock.

Petras Auštrevičius (Lithuania, Renew Europe Group): I wish to express our concern on the situation in Georgia as well as to make it clear that we have to react to the situation in Tbilisi.

Viola Von Cramon-Taubadel (Germany, Greens/European Free Alliance): Moldova, Georgia, Ukraine are all at critical junction. In all three cases we saw ambitious starts for reforms. Yet, for different reasons but similarly, today we are not sure whether those reforms will continue or it will end up in a democratic backsliding… The societies of Ukraine, Georgia and Moldova want us to help in the process of transforming their societies, which is not without sacrifice… I am advocating for these painful reforms because the overwhelming majority of the people living there want to see democratic and prosperous societies: an economy, which works for the people and not for few oligarchs; a state, which serves its citizens, not the politicians’ personal interests. For meaningful change we need strong and committed governments. However, strong government does not mean to have an executive power without control. It is worrying to see those trends in Georgia and in Ukraine… Yet the governments under pressure but they can by no means neglect or oppress criticism. Our criticism is not about someone being pro-Kremlin or pro-Brussels, it is about being pro-democratic and in favor of functioning institutions or not. And yes, it is in Putin’s short-term interest to have politicians in power to which he can personally influence or buy-off. But this is not our style. We need leaders for to be pro-reform, our interest is to have functional institutions that will work well without Putin, without the oligarch and even without us.

Anna Fotyga (Poland, European Conservatives and Reformists): In Georgia, that is a matter of real concern, I’m really concerned by recent developments. I think the political crisis is extremely dangerous. We have to counter this.

Andrius Kubilius (Lithuania, European People’s Party/Christian Democrats): Everybody understands why we are fighting our possibility of European integration of Ukraine, Georgia and Moldova. But we cannot be bigger fighters of integration of those countries, than leadership of those countries. Today, I will talk mainly about Georgia… Recent developments in Georgia force us to be really very much concerned about the situation and future of democracy in Georgia. It’s obvious, no democracy, no integration. You know that leader of ruling party in Georgia decided not to implement his own promise, which he gave to Georgian citizens and opposition to support introduction of proportional election system… Now the trust of Georgia people towards parliament and to democracy in Georgia is lost. It’s obvious that ruling party decided not to fulfill their promise, because perhaps, they became afraid that they will lose proportional elections next year. What a conclusion we can make from such a decision of ruling party: perhaps it means that ruling party is planning to use the old administrative tricks to win elections. That is why, this discussion is a very good opportunity to urge ruling party leadership and leadership of Georgia to come back to real and trustful dialogue with opposition. Second, we need to urge both ruling party and opposition to agree on major reforms of election system because people will not trust in old system. So-called German system could be a basis for such an agreement because that would not demand the change of Georgian constitution. And the last point, European parliament should urge political parties in Georgia really to implement ODIHR recommendations… We need to assist Georgia. Sometimes speaking openly, harsh and critical.

Marina Kaljurand (Estonia, Progressive Alliance of Socialists and Democrats): Georgian parliament voted down constitutional amendments of transition to fully proportional system for the 2020 parliamentary elections. It was unexpected as there was a clear and multipartisan consensus over these changes. It causes turbulence in society and it’s brought people to streets. I would like to urge all Georgian political parties to come together and to find the solution that would not jeopardize the hopes of people and democratic future of Georgia.

The Eastern Partnership was launched in 2009 to promote political association and economic integration between the European Union and the six Eastern European partner countries: Armenia, Azerbaijan, Belarus, Georgia, Moldova and Ukraine. Tenth anniversary of EaP was marked in Brussels this year. 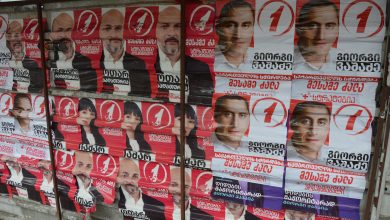 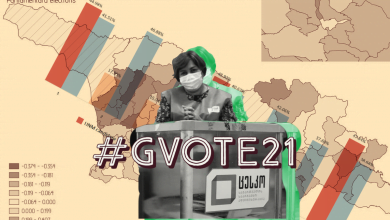