The Parliament of Georgia resumed its work at 7.30pm on November 18 after riot police removed barricades and cleared the legislature’s entrances from protesters.

The session of the parliamentary bureau was held without the leaders of opposition factions, who are holding demonstrations outside the parliament building.

Talakvadze also commented on the rallies organized by opposition parties and civil rights activists, noting that downvoting the constitutional amendment triggered discontent of “one part” of citizens and that the right to express protest was protected.

“It is regrettable that part of opposition and representatives of one part of the opposition again misled their supporters and what we saw during past two days went beyond peaceful protests,” Talakvadze said.

He also said that on November 17, he contacted the leaders of the parliamentary opposition and asked them to return to “legal and constitutional frames,” as well as to return the political process to the Parliament.

“These are people, who, during their tenure, put a lock on human rights, media, private property, institutions and the idea of freedom and they translated it and convinced the public through monopolized media that it was freedom and democracy. Today, they tried to put the same lock on the Georgian Parliament,” Talakvadze said.

The Parliament Speaker also spoke about future plans of the ruling team. He promised that the 2020 parliamentary elections, which will be held through the mixed electoral system, will be held “in a democratic, competitive and free environment.”

“The state continues functioning and none of its important functions will be hampered. The legislature will continue its work,” Talakvadze added. 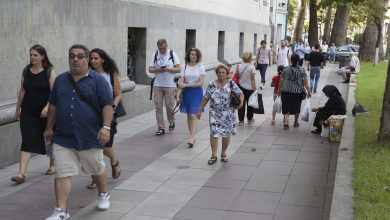