British Minister of State for Europe and the Americas at the Foreign and Commonwealth Office of the United Kingdom, Alan Duncan is holding high-level talks in Georgia on November 8. Known as the Wardrop Dialogue, after Oliver Wardrop, UK’s Chief Commissioner to Georgia in 1919-21, the strategic discussion engages Georgian cabinet members and senior civil servants.

“It has already proven to be a very important framework for ensuring that the already close relationship between our two countries continues to thrive and develop,” Duncan said, opening the fifth round of the annual bilateral strategic dialogue today.

At the meeting, Duncan reaffirmed that the British Government is “acutely aware that the sovereignty and territorial integrity is compromised” and said his government’s support for Georgia’s sovereignty and territorial integrity is “unwavering.” “We will continue to support your position at international forums and we will do whatever we can to support peaceful resolution of these conflicts,” he underscored.

Great to open the 5th #WardropStratDialogue2018 in Tbilisi, Georgia with ⁦@DZalkaliani⁩. The UK-Georgia friendship was established nearly 100 years ago by British diplomat Sir Oliver Wardrop and today our bond is stronger than ever. pic.twitter.com/mZKvklDAo0

At a joint press conference with Foreign Minister Davit Zalkaliani earlier today, Duncan condemned the recent developments along the occupation line near Tskhinvali region “which marks Russia’s illegal presence.” “It must not be allowed to develop any further. If I have one simple message today to Russia, it is unacceptable to put up wire, razor wire, take down that wire,” he said.

The British Minister then thanked Georgia for supporting British security following the Salisbury incident, which according to him, “was not just about the United Kingdom, it was about the security of the wide world in needing to resist and stop proliferation of chemical weapons.”

Duncan also underscored that discussions on ensuring direct UK-Georgia Association Agreement are underway and when UK will be released from its “collective obligations under the EU at the moment” and will be entitled to reach trade deals with other countries (following Brexit), “we will endeavor to do so as speedily as possible with Georgia.” 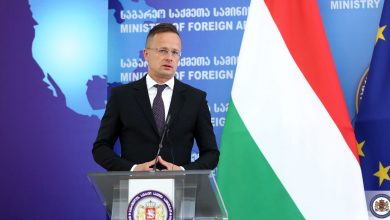 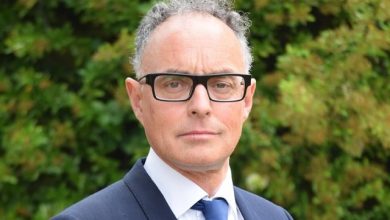