Key election watchdogs – Transparency International (TI) Georgia and International Society for Fair Elections and Democracy (ISFED) – argued in separate assessments today that recorded violations might have affected the election results in the second round of municipal polls on October 30.

Pointing at “rather narrow” victories in many precincts across Georgia, TI Georgia said that problematic tendencies and violations encountered before and during the Election Day might have had “a serious impact on the ability of voters to exercise their free choice, as well as on the final results of the elections.”

“Therefore, the public could have legitimate questions with regards to the overall fairness of the elections,” TI Georgia asserted.

The watchdog said that during the vote count, there was “an observed trend of Precinct Election Commissions artificially stalling the completion of the summary protocols and sending of draft summary protocols to the district election commissions in advance for approval.”

Besides, TI Georgia reported there were instances of incorrect sorting of invalid and valid ballots in several precincts.

The election watchdog said there were many cases of interference in the work of journalists, as well as unlawful tracking of voters at the polling stations. It added observers also noted gatherings of party coordinators within 100 meters of many polling stations, outlawed as per amended election rules.

Overall, TI Georgia said that the Election Day environment was “largely peaceful during” its first half, but later the situation became tenser at many precincts, with reports of escalations, physical and verbal confrontations.

The watchdog has filed 23 complaints in the Precinct and District Election Commissions.

ISFED said suspicious gatherings of people during Election Day, cases of possible vote-buying, instances of mobilizing and tracking the voters “negatively impacted the expression of voters’ free will, which could have affected the [election] results in some municipalities” with narrow victories.

The watchdog said it has not uncovered significant faults in the vote count, but monitors observed instances of ballots being incorrectly or deliberately annulled.

ISFED reported instances of violations of the marking check procedure, as well as cases of repeated voting, and multiple violations related to mobile ballot boxes and voter lists.

It also highlighted cases of pressure and verbal abuse against journalists and observers.

ISFED said that, overall, tendencies manifested during the Election Day “harmed the confidence in electoral processes,” and believes the second round polls to be “a missed opportunity on the country’s path of democratic development.”

The watchdog’s observers filed in total 161 complaints at the Precinct, District and Central Election Commissions. 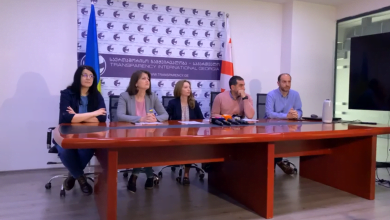