22 opposition political parties and one independent lawmaker have sent a letter to foreign governments and international organizations, expressing full support to the Georgian government’s efforts to gain international financial support to avoid grave economic crisis in the country amid the global coronavirus pandemic.

In a statement released on April 3, the opposition parties noted that the steps aimed to counter the COVID-19 outbreak, have “hit a serious blow to economy.”

The signatories said it is “vital interest” of the whole nation to receive the international aid, that would help the government, both incumbent and the one formed after October 2020 parliamentary polls, to cushion blow to Georgian economy caused by the pandemic.

The letter highlighted that there is “a full consensus” among political parties that Georgian economy needs “a significant direct financial injection” from its strategic friends and international organizations to help the country maintain economic balance amid the pandemic, as well as save its economy afterwards.

According to the opposition parties, the economic crisis would further pose a serious threat to the country’s “fragile” democracy, which “will have to pass an important test with this year’s parliamentary elections.”

The opposition parties also stressed that despite the current crisis they expect the Georgian government to fulfill its commitments as regards implementing electoral reform deal, as well as releasing ”political prisoners”. 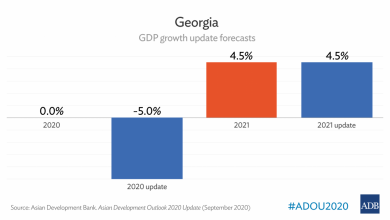