The Prosecutor’s Office of Georgia has filed charges against three persons over honor crimes against Khanum Jeiranova, an ethnic Azeri woman who died in 2014 shortly after enduring public humiliation and violence in her community.

On September 16, 2014, in village Lambalo of eastern Sagarejo municipality, the three persons grabbed Jeiranova out of her car, beat her, and forcibly took her to the village center, where they insulted her publicly, the Prosecutor’s Office stated today.

“They believed they had the right to influence the will of the victim as a woman and control her fate,” the prosecution said, arguing the suspects’ actions were also motivated by discrimination.

It added that Jeiranova killed herself as a result of the actions on September 18, 2014.

Prosecutors charged the suspects under Article 143 (2c, 3a) — unlawful imprisonment to facilitate another crime, with a preliminary agreement by a group of persons — and Article 144.3 (2e, 2f) — humiliation or inhuman treatment by more than one person and by violating the equality of persons.

The crimes envisage a prison term of seven to ten years.

According to lawyers representing the victim’s family, the three persons that attacked Jeiranova were the relatives of her husband who accused her of an extramarital affair.

The development comes a few months after the Committee on the Elimination of Discrimination against Women (CEDAW), an independent United Nations body, found that the Georgian authorities had “failed to offer effective protection against, and to take all appropriate measures to eliminate, discrimination against Ms. Jeiranova as a woman.”

It further stressed that the Georgian authorities had failed to meet the obligation “to investigate and punish those responsible for the treatment inflicted on Ms. Jeiranova and her death.”

The Committee found that Jeiranova had been a victim of “intersecting discrimination related to ethnicity and stereotypical attitudes of the police and judicial authorities.”

It deplored the Prosecution’s qualification of Jeiranova’s behavior as “dishonorable” and the termination of the initial probe in 2014 upon the conclusion that she took her own life “because of her “shameful” behavior and faithlessness.”

The authorities soon thereafter decided to re-open the case after the media ramped up attention to the case.

As the investigation was drawn out for years, Union Sapari and Human Rights Center, representing the victim’s family, lodged a complaint to CEDAW in 2018.

Noteworthy, Baia Pataraia, head of Sapari, has raised doubts about the prosecution’s account that Jeiranova killed herself. “It often happens that a woman’s murder is staged as a suicide,” she said in November 2021.

Read more about the CEDAW findings: 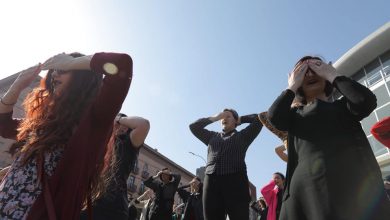