Labor Party leader Shalva Natelashvili announced today he will enter the Parliament, stopping a 14-month-long boycott of the legislature.

Natelashvili, the sole elected MP of the party, said the political outfit made the decision after conducting public opinion surveys, which showed the “absolute majority of the population demanded Labor Party return to the Parliament.”

The announcement comes as the legislature is set to vote on terminating Natelashvili’s mandate in its next sitting on February 15, after the matter cleared the Procedural Issues and Rules Committee earlier in the week.

The Parliament’s Rules of Procedure stipulates that an MP’s credentials shall be terminated if the lawmaker fails to attend more than half of regular sittings in a session without a good reason, but notes that a boycott shall be considered a valid excuse provided the MP formally notifies the legislature.

“As per existing political and legal experience and practice a political boycott shall not be deemed unreasonable absence,” Natelashvili highlighted today, albeit acknowledging that he has not submitted a formal application on his boycott.

The Labor party claimed that the Parliament previously July 17 refused to terminate his mandate, despite him missing all the sittings of the Spring Session. “What changed until today? Is [the abscence] not excusable now?” Natelashvili remarked.

Key local watchdogs Transparency International Georgia and International Society for Fair Elections and Democracy argued today that in Natelashvili’s case his public statements about the parliamentary boycott could be regarded as an official notice and warned against terminating the opposition politician’s mandate.

Labor party received 1% of votes in the 2020 parliamentary elections and secured one seat, however, Natelashvili began the boycott in the immediate aftermath of the first rounds of the vote alongside the eight other opposition parties that crossed the election barrier. They argued the election results were “falsified.”

Noteworthy, Natelashvili on March 17 left the EU-mediated negotiations between the Georgian Dream and the opposition to overcome the political impasse. He argued then that Labor Party found it unacceptable that electoral and justice reforms were prioritized in the talks ahead of the release of “political prisoners.”

As of today, including Natelashvili, 59 of the 60 elected opposition lawmakers have made the decisions to take up their mandates. Droa party leader Elene Khoshtaria, then elected through the European Georgia party list, remains the only elected MP still refusing to enter the legislature.

The Parliament in the upcoming sitting will vote on terminating the mandate not only of Natelashvili but also of Khoshtaria, Lelo party’s Badri Japaridze and Kakha Kuchava, former Speaker. 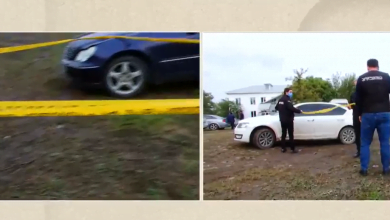 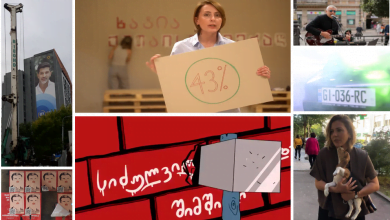