Labor Party member Eivaz Mamedov was stabbed with a knife today in front of the N52 polling station in village Dashtapa of Marneuli Municipality in the Kvemo Kartli region. Police are investigating the incident on charges of intentional infliction of grave injury under Article 117 of Georgia’s Criminal Code.

Interior Ministry reported that an initial argument between Mamedov and the perpetrator, inebriated, turned into a fight. Police said Mamedov was stabbed in the abdomen during the tussle, but the attacker also sustained injuries.

According to the Ministry, police are currently “taking all procedural and investigative measures” to arrest the assailant.

“He [the perpetrator] did this because Eivaz Mamedov was actively supporting me. I suppose, this was the reason for the conflict,” said Badirov.

Mamedov was taken to a hospital. According to Badirov, the victim is in critical but stable condition.

Georgian Dream MP Zaur Dargali denied that a ruling party supporter had stabbed Mamedov. Instead, he argued the confrontation began between Labor and United National Movement party supporters, and turned into a brawl, leading to the incident. 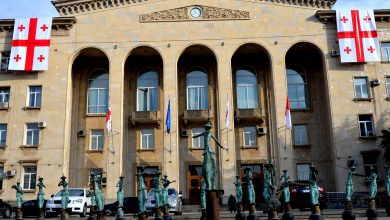