After two-day consultations, all 8 opposition parties that passed the 1% threshold in the October 31 parliamentary elections have made up their minds to boycott the next parliament.

European Georgia, scoring 3,78% in the elections, was the first to announce the decision. The party added that its two majoritarian candidates will not participate in runoffs.

Shalva Natelashvili, leader of the Labor Party that secured 1% of the votes, soon followed in EG’s steps, saying that not only the opposition but ruling Georgian Dream members too should refuse to enter the next parliament.

Lelo for Georgia, the newly-emerged party that claimed 3,15% of the votes, followed the suit, with the party leader Badri Japaridze announcing they do not recognize the legitimacy of election results and will also refuse to enter the next parliament.

Zurab Japaridze, leader of the right-libertarian Girchi party, which garnered 2.89% of votes, also decided to boycott the parliament. Japaridze had pledged earlier to follow the lead of other opposition parties.

Strategy Aghmashenebeli, led by Giorgi Vashadze, which claimed 3.15% of votes, also joined the boycott in the evening.

Strength in Unity, strongest opposition force led by the United National Movement, that ended up second with 27,13%, was one of the last to announce the boycott decision. Earlier in the day, however, the bloc made known its decision to refuse mandates in the Supreme Council of the Adjara Autonomous Republic, the region’s legislative assembly that was contested alongside the general election on October 31.

Aleko Elisashvili, leader of the Citizens party, that scored 1,33%, called on all opposition parties as early as on November 1 to boycott the parliament and demand snap elections.

The Alliance of Patriots, Kremlin-friendly nativist outfit, which gathered 3.14% of votes, also demands revote. MP Irma Inashvili pledged the party – traditionally distanced from the rest of the opposition elites – to start protest rallies from November 7. She vowed not to quit unless the Georgian Dream government allows snap elections.

Despite an unanimous boycott from the opposition side, presence of a simple majority is sufficient for the Georgian parliament to convene.

Preliminary data by the CEC forecasts the ruling Georgian Dream to grab 61 seats through proportional, party-vote and 14 seats through its majoritarians. GD will need to win one of the 16 runoffs, to secure a simple majority with 76 votes in the 150-member parliament. With the opposition refusing to face GD in runoffs, the governing party is highly likely to win all the majoritarian races, allowing it to enter the parliament with at least 90 lawmakers.

As for political implications, various observers have been voicing fears whether the boycott and loss of parliamentary platform would be the right decision for parties in the face of the overall international legitimacy of the vote.

According to the official preliminary results, the ruling Georgian Dream party was able to secure 48,17% of votes in the October 31 parliamentary elections. Coupled with first-round victories in 14 of 30 single-mandate majoritarian districts and prospects to win most runoffs, GD has almost guaranteed the majority in the next parliament, killing earlier hopes for a coalition government. 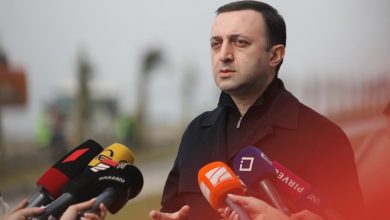