The United Nations Educational, Scientific and Cultural Organization (UNESCO) has included deceased cameraman Aleksandre (Lekso) Lashkarava’s name in its observatory of killed journalists for the year 2021.

Lashkarava died days after he was brutally assaulted by the far-right mob while covering the July 5 homophobic pogroms in downtown Tbilisi for government-critical TV Pirveli.

The UN agency has initially indicated July 5 as a date of Lashkarava’s decease, but it was later corrected to July 11.

The cameraman is the second journalist who was reported as killed during peacetime in Georgia by UNESCO, since it started working on the observatory in 1993. The first to appear on the UNESCO list was one of the most revered Georgian journalists Giorgi Sanaia, who was murdered on July 26, 2001.

Three reporters who were killed in 2008 in the August War that erupted between Georgia and Russia are also on the list.

Shalva Papuashvili, recently elected Speaker of Parliament, pointed out, in a January 7 interview, that UNESCO was not an investigative body and that it had already enquired with the Georgian government about the circumstance of the cameraman’s death. The Speaker called it “unfortunate” that political party representatives are using the death of the person for “[political] speculation.”

MP Irakli Zarkua of GD capitalized on the mistake regarding the date of the death and argued that it indicated that “there is an error and a misinterpretation has been made.” “What happened was a tragedy, violence is unacceptable,” Zarkua said, “however, to attribute the death directly [to the July 5 attack] is incorrect and the investigation has answered this.”

Commenting on Speaker Papuashvili’s remarks, MP Ana Buchukuri of the For Georgia party, said while UNESCO is not in fact an investigative body, “the investigative body in the country fails to perform its function they way it should.”

Refering to the July 5 homophobic pogroms, she further noted that the state coud neither prevent the violence, nor react to it properly afterwards. “When the state cannot or does not want to react [to violence], it raises additional questions.”

Saba Buadze of the opposition Lelo party also maintained the cameraman “was killed by violence that was encouraged by the authorities,” arguing that the Georgian Dream is trying to hold onto power at the expense of people’s lives.

He also went on to call the organizers of the July 5 attacks, who later established a political party in November, “political partners” of the ruling party, and of Prime Minister Irakli Garibashvili in particular.

Soon after Lashkarava’s death, the Interior Ministry floated the idea that the cameraman died of an narcotics overdose. On the next day, police unveiled an interim post-mortem chemical expertise that found traces of several narcotics.

But Lashkarava’s family, friends and colleagues voiced distrust in the forensics and argued the authorities were attempting to discredit the deceased journalist. His mother and independent expert Gejadze, both said Lashkarava had been treated with morphine for the severe pain following surgery he had to undergo after the July 5 attack.

In September, the State Inspector’s Service, a body monitoring personal data protection and probing abuse of power – that the Georgian Dream-led Parliament recently voted to be dissolved – fined the Interior Ministry for airing footage that showed Lashkarava supposedly purchasing psychotropic drugs in a pharmacy and narcotics at a drug dealer, without having any “specific and clearly defined legal purpose” for doing so. 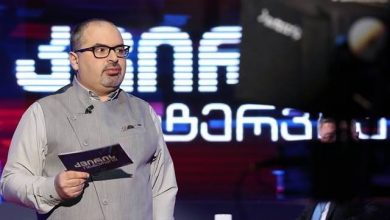