The footage aired by the police supposedly showed that Lashkarava bought psychotropic drugs and narcotics before his death on July 11, a week after being brutally assaulted while he was covering the homophobic pogroms in downtown Tbilisi.

Following a more than two-month-long probe, the State Inspector said the Interior Ministry breached Article 4 (b) of the Law on Personal Data Protection by airing the videos without explaining if they had any connection with the concrete reasons for his death.

It also noted that the Interior Ministry violated Article 5 of the same legislation by obtaining footage, released subsequently on July 12, “without legal grounds” from a hospital.

The investigation also revealed that Lashkarava’s personal information, disseminated online on July 11, was identical to the data registered in the Ministry’s database. The State Inspector said this indicates that a Ministry employee spread the information to sources that then released the data online.

But, the State Inspector said since the General Inspectorate of the Interior Ministry launched a separate investigation into the issue, it could not assess specific employees’ responsibilities.

Interior Ministry floated the idea that Lashkarava had died of an overdose on July 11, soon after his death. On the next day, police unveiled an interim post-mortem chemical expertise that found traces of several narcotics. But Lashkarava’s family, friends and colleagues voiced distrust in the forensics and argued the authorities were attempting to discredit the deceased journalist. 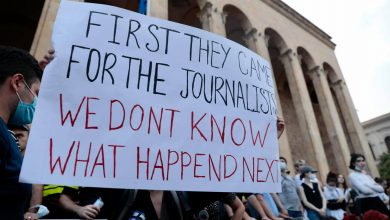 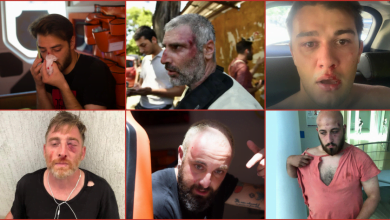