The Prosecutor’s Office of Georgia (POG) has launched an investigation into the leaked documents containing information allegedly gathered on senior clergymen by State Security Service agents through spying.

The prosecutors are leading the investigation under Article 158 (1,2) of Georgia’s Criminal Code, involving the unauthorized recording of or eavesdropping on a private conversation or unauthorized obtaining of the data with technical means, and unlawful dissemination of the information, respectively.

The Prosecutor’s Office has called on anyone keeping the illegal recordings and materials, including the media, to cooperate with the investigation and hand over the available evidence. The POG also urged everyone to refrain from disclosing private information publicly.

Over 3,000 documents allegedly containing compromising information on Georgian clergy were shared with the media by an anonymous source on September 13. The link to the files is no longer searchable and accessible online.

The State Security Service said it is ready to “cooperate tightly at every stage of the investigation with the Prosecutor’s Office of Georgia.”

The SSG highlighted it is in its “objective interests” that a thorough probe sheds light on all the questions regarding the leak.

Georgia’s domestic intelligence agency also called on media outlets and “politically interested” persons to refrain from disseminating “inaccurate and unverified information” about the issue, harming the “dignity of security officers and the agency as a whole.”

The SSG did not comment on the authenticity of the released files.

This article was updated at 17:26. A statement by the State Security Service of Georgia was added.

More on the story: 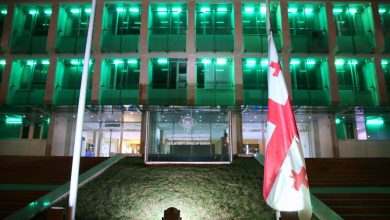 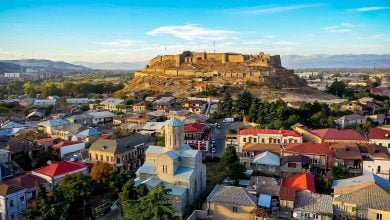