The ruling Georgian Dream party and the opposition have prepared and agreed on draft amendments to the election legislation, the Georgian Parliament’s press service reported on May 17.

Co-chair of the parliamentary working group on electoral reform, Georgian Dream MP Shalva Papuashvili, said the parties reached a consensus over staffing the Election Administration, and on the contested issue of appointing Deputy Chairpersons to the Central Election Commission (CEC), among others.

CEC Chairperson will have two Deputies – one appointed by the opposition, and the other nominated based on “professional” criteria, MP Papuashvili said. According to the GD lawmaker, when the Chairperson is unable to perform their duties, the opposition-appointed Deputy will take on their responsibilities.

Lelo for Georgia MP Badri Japaridze, also a member of the working group, dubbed the agreement a “positive development,” noting GD has taken a number of “reciprocal steps” toward the changes proposed by opposition parties. MP Japaridze said discussions on the amendments will continue in the first and second hearings in the legislature.

Initially, although the ruling party and opposition MPs had agreed on enabling the opposition to nominate one Deputy Chair of the CEC, in accordance with the April 19 agreement, the issue of the other Deputy remained disputed. GD lawmakers reportedly opposed having a “professional” Deputy appointed, and had instead advocated for the ruling party to be allowed to nominate its candidate on the post.

The draft amendments are now to be sent to the Venice Commission for evaluation by the end of the week and are expected to be adopted by the Georgian Parliament before the end of the spring session, the Parliament’s press service said.

President Salome Zurabishvili welcomed the development late on May 17, also highlighting the importance of the “timely implementation” of all clauses of the April 19 deal. 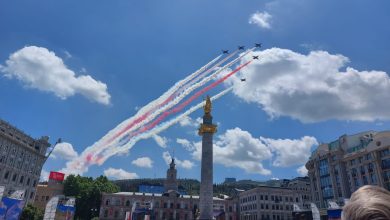