Asking ‘status clarification’ from the Moscow Patriarchate, priest Vissarion (Aplia) also stated that the Sukhumi Cathedral will remain the only acting church, while all others will be open only for parishioners.

Abkhaz priest further stated that Russia “acted right” recognizing Abkhazia “as an equal country” and the status of the Abkhaz Church should be solved in a similar way.

Priest Vissarion (Aplia) also discussed the Abkhaz Church’s relations with Tbilisi, stating that they have never negotiated with the Georgian Church.

“It happened only once and I told them ‘either release or ban us.’ Since then, I do not address the Georgian Church, as every our appeal to them is a recognition of their authority over us,” priest Vissarion (Aplia) said, adding that it is impossible to prolong this “uncertainty” more than thirty years.

Abkhazia is a canonical territory of the Georgian Orthodox Church under the name of Tskhum-Apkhazeti or Sokhumi-Abkhazia Eparchy, but Tbilisi has had no ecclesial control over the area since the armed conflict in 1992-1993.

The “Abkhaz Orthodox Church” has around 15 priests and holds its regular services in around dozen churches across Abkhazia, while the “Holy Metropolis” controls six churches, the most important and largest of which is the 19th century Byzantine-style monastery in New Athos in western Abkhazia. 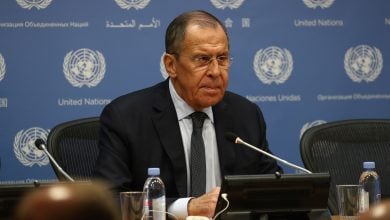