On May 4, Transparency International Georgia, a local watchdog, released a report analyzing trends and threats of Georgia’s economic dependence on Russia.

The country’s economy “heavily depends” on Russia in tourism, foreign trade and remittances, which poses “a significant challenge” for Georgia’s economic security, according to the report.

Noting that since March 2020 due to the novel coronavirus pandemic Georgia’s economic dependence on Russia has been “naturally declining,” the watchdog said “after the end of the pandemic, Georgia has the opportunity to transform its economy and become less dependent on Russia.”

“This at least will be inevitable in tourism, as the share of tourism, including Russian tourists, in Georgia’s economy will decrease and it may take several years to return to the level of 2019,” the report says.

As stated in the report, overall, in 2019, Georgia received about USD 1.6 billion from Russian tourists, remittances and goods exported to Russia, which accounted for 9% of Georgia’s GDP.

“Georgia’s economy will suffer far more from Covid-19 than Russia can potentially economically hurt” it, stressed the CSO, adding that “this will give the Georgian population and government an opportunity to be less vulnerable to economic sanctions expected from Russia, and develop some sort of immunity.”

Stressing that winemaking region of Kakheti in eastern Georgia “most heavily depend[s] on the revenue from wine exports,” TI Georgia argued that in case of the Russian export ban, “many families” of grape farmers in the region would suffer economically as they have no alternative sources of income. 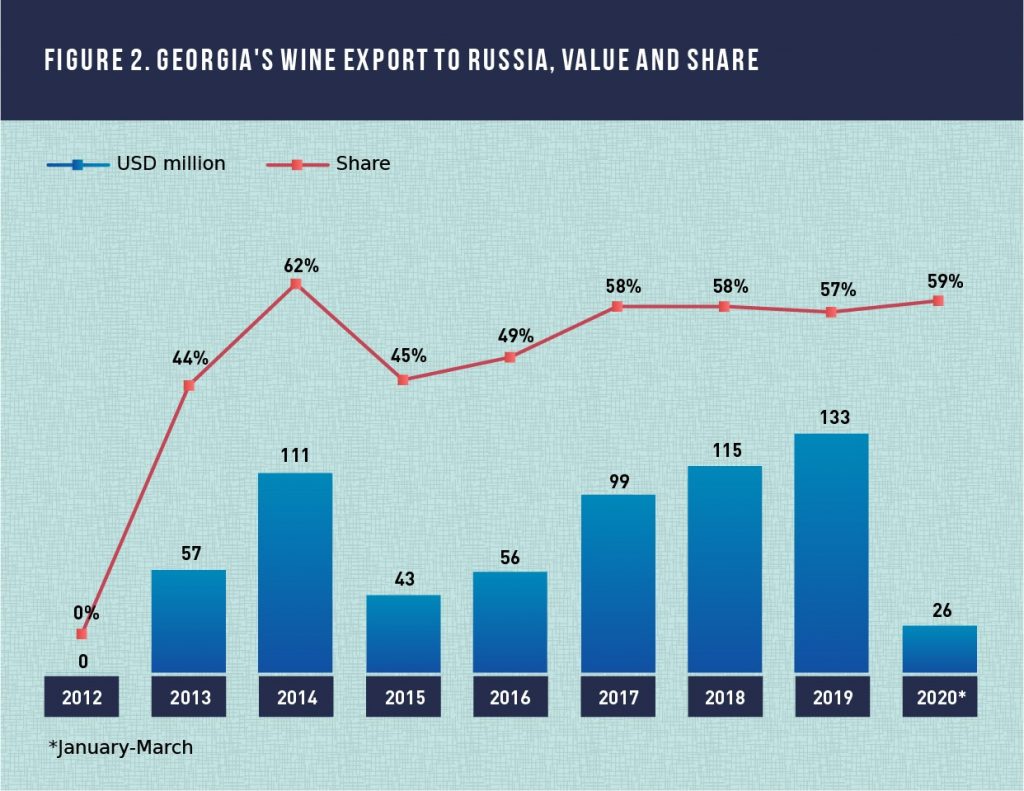 “Georgia’s economic dependence on Russia is not just an economic issue, it is a challenge to the country’s security,” stated TI Georgia.

It then stressed that “the goal of the Georgian government should be to minimize economic dependence on Russia.” It then recommended the relevant authorities to