Two parallel rallies are scheduled to take place in Tbilisi on November 17, a couple of days after the Parliament voted down the constitutional amendment on transition to the proportional electoral system from 2020.

Parliamentary and non-parliamentary opposition and civil rights activists will gather outside the Parliament on Rustaveli Avenue at 3pm, while leaders and supporters of the Alliance of Patriots party will hold a rally on the First Republican Square at 5pm.

Meanwhile, ultranationalist groups announced today that they plan to join the rally scheduled by the Alliance of Patriots.

The participants of the both rallies will protest against the Parliament’s decision to vote down the constitutional amendment and demand holding of the 2020 parliamentary elections through the proportional electoral system.

The government refuses to change the electoral system, calling on the opposition to get ready for the 2020 elections, which will be held through the mixed electoral system.

Opponents suppose that Bidzina Ivanishvili, leader of the ruling Georgian Dream party, is behind downvoting the constitutional amendment, who, according to them, tries to remain in power through maintaining the majoritarian system.

Sandro Bregadze, one of the leaders of ultranationalist movement Georgian March, called on all members and supporters to join the Alliance of Patriots’ rally. According to him, “the Alliance of Patriots was the only force in the Parliament, which took a national, patriotic and correct position and only their actions meet the interests of Georgian nation.”

“We can never participate in the protest rally whose leaders are bloody executioners, in the person of criminal parties of Bokeria and Saakashvili. We also think that it is immoral to stand beside Tbilisi Pride, homosexuals, LGBT activists, liberast-Soros followers, because it goes against our moral values,” the Georgian March said in a statement released on November 16.

Levan Vasadze, self-styled “knight,” Georgian ultraconservative with connections to Russian “Eurasianist” movement and its leader Alexander Dugin, released a video address on his Facebook page regarding the November 17 protests.

Vasadze said that the situation cannot be normalized without “a real people’s revolution,” adding that “it is not ruled out that Americans will remove Bidzina Ivanishvili and bring worse liberals.” He, however, expressed hope that “this will not happen.”

Small scale protests held outside the Parliament during two days ahead of the voting, overgrew into a larger rally in the evening on November 14, following the failure of passing the amendment. Protesters vowed to continue protests until their demands were met, placing  several tents on Rustaveli Avenue, Tbilisi’s main thoroughfare. 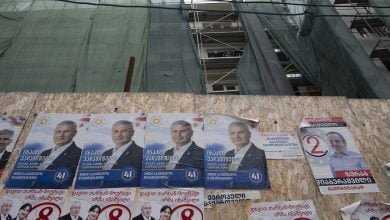 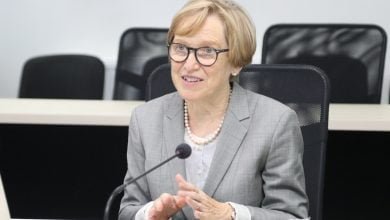 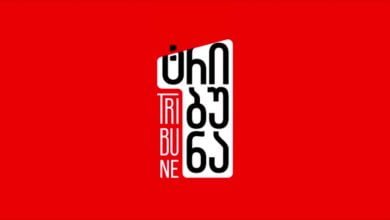 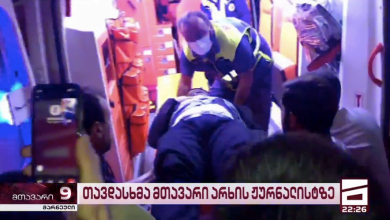 RSF Calls for Full Investigation into Marneuli Attacks against Journalists