Eka Gigauri, Executive Director of Transparency International Georgia addressed Members of the European Parliament, alerting them that Georgia is at “the lowest point in the democratic backsliding we were observing in the recent years.”

Gigauri’s letter follows the failure of the Georgian Parliament to pass the constitutional amendment envisaging transition to fully proportional electoral system from 2020.

With 101 votes in favor and three against, the Georgian Parliament voted down the bill that would change Georgia’s mixed electoral system to fully proportional one from 2020, instead of 2024. While all of 44 MPs of opposition parties supported the bill, Georgian Dream’s three lawmakers voted against the amendment and 37 abstained, making the bill fall short of the needed 113 votes, three fourths of sitting 150 MPs.

In a statement released on November 15, Eka Gigauri said the recent developments in Georgia “clearly undermine [building] a more pluralistic and representative democracy and adds on to the ongoing state capture by the informal governor of Georgia Mr. [Bidzina] Ivanishvili.”

“Namely, the much promised and awaited change of the electoral system (moving to the fully proportionate one), which was achieved as a result of the mass street protests of youth this summer, has just been rejected by the ruling party in Parliament,” Gigauri noted.

According to her, the ruling party “staged a process” as if the current majoritarian MPs, who also endorsed the changes submitted to the Parliament, “rebelled against the ruling party.” Gigauri has “no doubt that this was a staged process from the very beginning,” and that “it is masterminded by the puppet-master, the chair of the ruling party, oligarch Bidzina Ivanishvili.”

.@Transparency_GE ED @katgigauri addresses members of @Europarl_EN about the situation in #Georgia after the ruling party backtracked on the promised #constitutional reforms that would ensure the transition into a fully-proportional #election system: https://t.co/AmwFQTjODw pic.twitter.com/m0h3LOBama

“The situation is developing and evolving every minute, we are expecting street protests, and we might be heading to a crisis which would result in snap elections as early as in Spring. This would pose significant difficulties for the opposition parties to mobilize parties and resources in such a short timespan,” Gigauri stated.

She further addressed the MEPs “not to have any illusions and not be deceived by the claims from the ruling party representatives that this was a demonstration of internal party democracy.” Gigauri said this was rather “a continuation of the process of the state capture by the oligarch Ivanishvili, who wishes to prolong his rule in Georgia through these pseudo-democratic processes.” 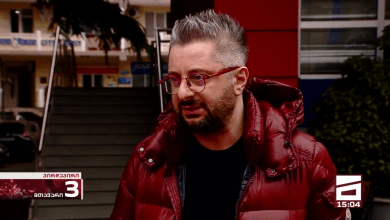 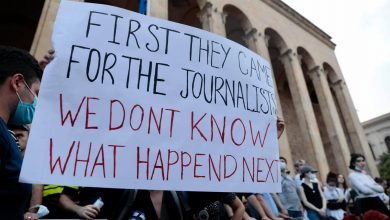 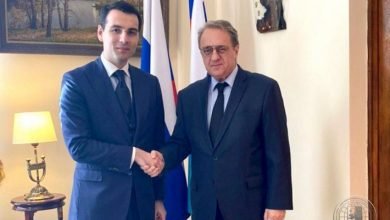