Gamakharia was elected to the post with fourteen votes in favor and four against. One lawmaker did not take part in the voting.

Two candidates were to contest for chairmanship of the 19-member legislative assembly, but the second contestant – Davit Gvadzabia – withdrew his candidacy before the vote.

Also on April 8, Gvadzabia and another Supreme Council member, Tamaz Khubua were elected to serve as deputy chairmen.

The Supreme Council of Abkhazia, along with the Government of Abkhazia, has been in exile since the armed conflict in early 1990s. Tbilisi considers the two bodies as the only legitimate administrative authorities of the region. 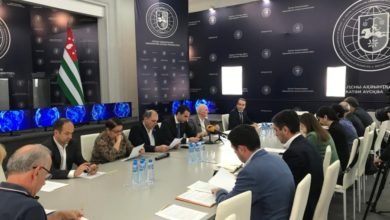