NATO Secretary General Jens Stoltenberg is on a visit to Georgia on March 24-25. Today, he met with Prime Minister Mamuka Bakhtadze, discussing among others NATO-Georgia relations, situation in the Russian-occupied regions and the Black Sea security.

At a joint press conference following his meeting with the Prime Minister, Jens Stoltenberg reiterated that Georgia is “a unique partner” of the Alliance, and “a reliable contributor to our shared security.”

“Georgia has made a lot of progress in important reforms, including strengthening Parliament’s role in overseeing the security sector and the reform of Georgia’s judiciary. I was glad to hear that these efforts will continue,” he said.

Stoltenberg hailed Georgia’s contribution to the Resolute Support Mission in Afghanistan and the NATO Response Force. He also said, the ongoing NATO-Georgia Exercise “demonstrates that we are stepping up our cooperation.”

Stoltenberg also restated NATO’s “full support” for Georgia’s sovereignty and territorial integrity, and called on Moscow “to end its recognition of the regions of Abkhazia and South Ossetia and to withdraw its forces.”

He stressed NATO shares Georgia’s concerns about “Russia’s military build-up in the Black Sea region.” “That is why we are strengthening the cooperation between Georgian and NATO naval forces,” the Secretary General noted.

He also said the Alliance “will continue working together to prepare Georgia for NATO membership.”

Asked whether deferral of Georgia’s accession means that the Kremlin has a veto over the issue, Stoltenberg said “Georgia is a sovereign nation and Georgia has the right to choose its own path, including on what kind of security arrangements it wants to be part of.” “The reality is that it is for Georgia to decide what it wants, and then it is for 29 Allies to decide when we are ready to accept you as a member; no one else has any say in that process,” he added.

✔ ?? is the largest non-NATO contributor to @ResoluteSupport
✔ You contribute to the #NATO Response Force
✔ The NATO-Georgia exercise this week shows that we are stepping up our cooperation
✔ #Georgia has made a lot of progress in important reforms

On his part, Prime Minister Bakhtadze said the NATO-Georgia relations “have never been on such a high-level,” and that Stoltenberg’s visit to Tbilisi is “yet another confirmation that NATO supports our accession to the Alliance.”

“NATO membership is one of the key priorities of Georgia’s foreign and security policy. Majority of Georgians supports the country’s vocation to become a fully-fledged member of NATO,” PM Bakhtadze said, adding that the decision “is not only political, but also value-based.”

Bakhtadze also said Georgia will continue pursuing the NATO integration path. “We understand that this cannot happen overnight… [But] I am sure that the decision will eventually become a reality,” he noted.

Also on March 25, Jens Stoltenberg held a meeting with President Salome Zurabishvili. He also visited the Joint Training and Evaluation Centre (JTEC), the venue for the ongoing military exercises. Later during the day, he will meet with Parliament Speaker Irakli Kobakhidze. 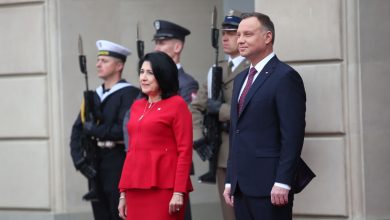 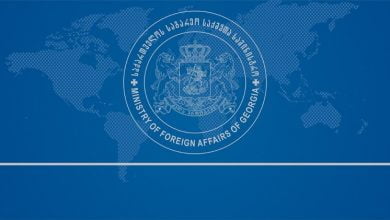 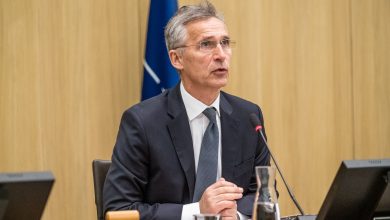