The report said, “there is an increasing lack of confidence in the judicial sector’s ability to adjudicate commercial cases independently or in a timely, competent manner, with some business dispute cases languishing in the court system for years.”

The State Department highlighted the case of the Anaklia Development Consortium, consisting of international investors including a U.S. company, which was awarded a contract in 2016 to develop a deep-sea port in Anaklia town. It noted that the authorities terminated the deal with the ADC in 2020 resulting in a legal dispute. “While the government has stated its commitment to the construction of the Anaklia Deep Sea Port Project, a tender has not yet been announced,” it said.

It emphasized, however, that despite these challenges, “Georgia ranks high in the region as a good place to do business.” 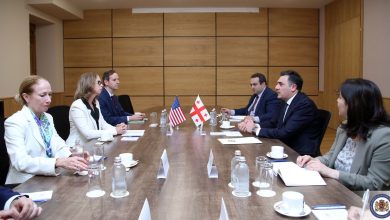