Members of the European Parliament Viola von Cramon-Taubadel (The Greens/EFA, Germany) and Petras Auštrevičius (RE, Lithuania) discussed today their expectations on the upcoming October 2 local polls at a virtual roundtable organized by Georgian Institute of Politics, a local think-tank.

“Now, I think there are no more doubts that we see a full state-capturing also in Georgia,” said MEP Viola Von Cramon-Taubadel, arguing that the ruling Georgian Dream party is “very much afraid of losing power.”

Noting “a lot is at stake” in the October 2 local elections, the MEP stressed that the political environment in Georgia currently “is extremely challenging, to put it mildly.”

“Every time I go to Georgia I think this is now the peak of tensions, then you realize it is getting worse and worse instead of depolarizing,” the lawmaker highlighted.

MEP Viola von Cramon-Taubadel said she always had the hope that decision-makers in Tbilisi understood they are responsible not only for their own parties but for their own country. “But less and less I have the feeling that is really true,” she noted.

MEP Auštrevičius underscored that implementing the EU-brokered April 19 deal between the GD and the opposition, including the provision on holding snap parliamentary elections if the ruling party receives less than 43% in the local elections, is a “must.”

Despite the governing party quitting agreement in July, he said “we think that agreement of April this year is in place,” adding that it “should not be taken as something to be observed or implemented by choice.”

Dubbing the October 2 local polls a “vote of confidence,” the MEP said he expects the elections to be free and fair, with its results accepted by political parties.

“These elections are not just to satisfy some ambitions of the political elite, it is about the future of Georgians,” he stressed, highlighting that it is important for Georgia to prove that its Euro-integration course is “based not just on political statements but something more tangible.”

MEP Auštrevičius also touched on the alleged leaked files of the State Security Service of Georgia which contained information on supposed surveillance on European diplomats.

“EU Diplomats and Western diplomats do not present any strategic threat to the state of Georgia, so wiretapping our diplomats, officials, it’s a sign of non-confidence in us,” he said, adding that “it is completely unacceptable, and it will be repeated every time at any meeting with the Georgian politicians.” 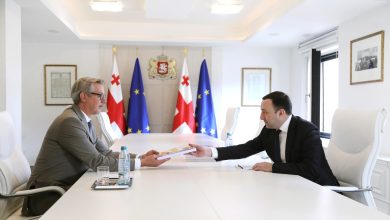 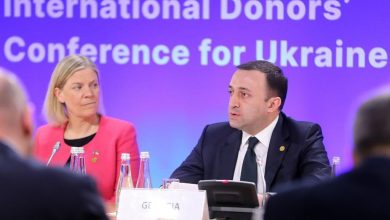