Asked to comment on remarks by Levan Vasadze, far-right businessman-turned-politician who accused the ambassadors of the destabilization in the country and supporting LGBTQ+ activists, U.S. Ambassador Kelly Degnan said today “we all know who pays for that kind of pro-Kremlin disinformation.”

“And those people who want to incite violence here, create instability, are busy at work, doing the Kremlin’s work, to cause dissension, cause instability here in Georgia,” asserted the Ambassador, adding that “Georgians are smart enough to know exactly who’s behind that, who’s paying for it.”

Ambassador Degnan also remarked that “it’s the responsibility of the authorities to provide a peaceful environment for citizens to exercise their constitutional rights, including the right to assembly, the right to freedom of expression, and certainly the right for journalists to practice their profession in a safe environment,” stressing that “unfortunately, we didn’t see that on July fifth and sixth.”

Speaking of the death of TV Pirveli cameraman Aleksandre Lashkarava, who died few days after being attacked by a homophobic far-right mob while covering anti-Pride demonstrations, the U.S. Ambassador said “it is part of a pattern of attacks on journalists.” 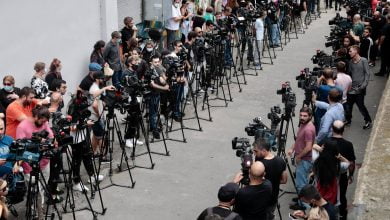