Georgian couriers of Tallinn-based food delivery company Bolt Food today held the fourth rally of around 30 in Tbilisi, the capital, protesting lowered wages, allegedly manipulated bonus system, and “baseless” sacking of fellow personnel. They have been on strike since March 17.

Ilia Tchabashvili, the former delivery driver for the company, told Civil.ge at the rally, that he was sacked along with twenty coworkers for the protest and urging others to join the strike.

Tchabashvili also complained that Bolt Food halved their per delivery wage to GEL 4 (USD 1.2) since the beginning of its Georgian operation in January 2021. He said that although the couriers had anticipated the wage cut, they expected the offset by a fair bonus system, as promised allegedly by the company.

He said, however, that the company introduced an “absurd” scheme instead, offering extra GEL 20 (USD 6) per 20 deliveries a day, a margin impossible to pass due to the limited amount of orders and the increasing number of couriers. The protester said the company then reduced the required number of deliveries to 15 but resorted to manipulating order allocations to fail the couriers to meet the threshold.

Tchabashvili said that the local company leadership refused to meet with the couriers yesterday. “The only response we received was a Facebook post,” he added.

In the statement, Bolt Food rebuffed the accusations, noting that the couriers are hired based on a partnership agreement, with the drivers deciding themselves whether they want to continue cooperation.

Crediting itself with a 50% higher per delivery wage than other companies, Bolt Food also said wage cuts are “regulated” by the partnership agreement, without elaborating further.

It said, however, that the striking drivers “disrupted” the services of the company and their fellow couriers – the reason for banning their accounts from the delivery app. The company warned with a “strong reaction” against attempts of disrupting their business activities.

Meanwhile, the couriers plan to address the Public Defender of Georgia, Nino Lomjaria, requesting that she “immediately react” to Bolt Food sacking personnel for striking and protesting against the company, and violating their freedom of association. 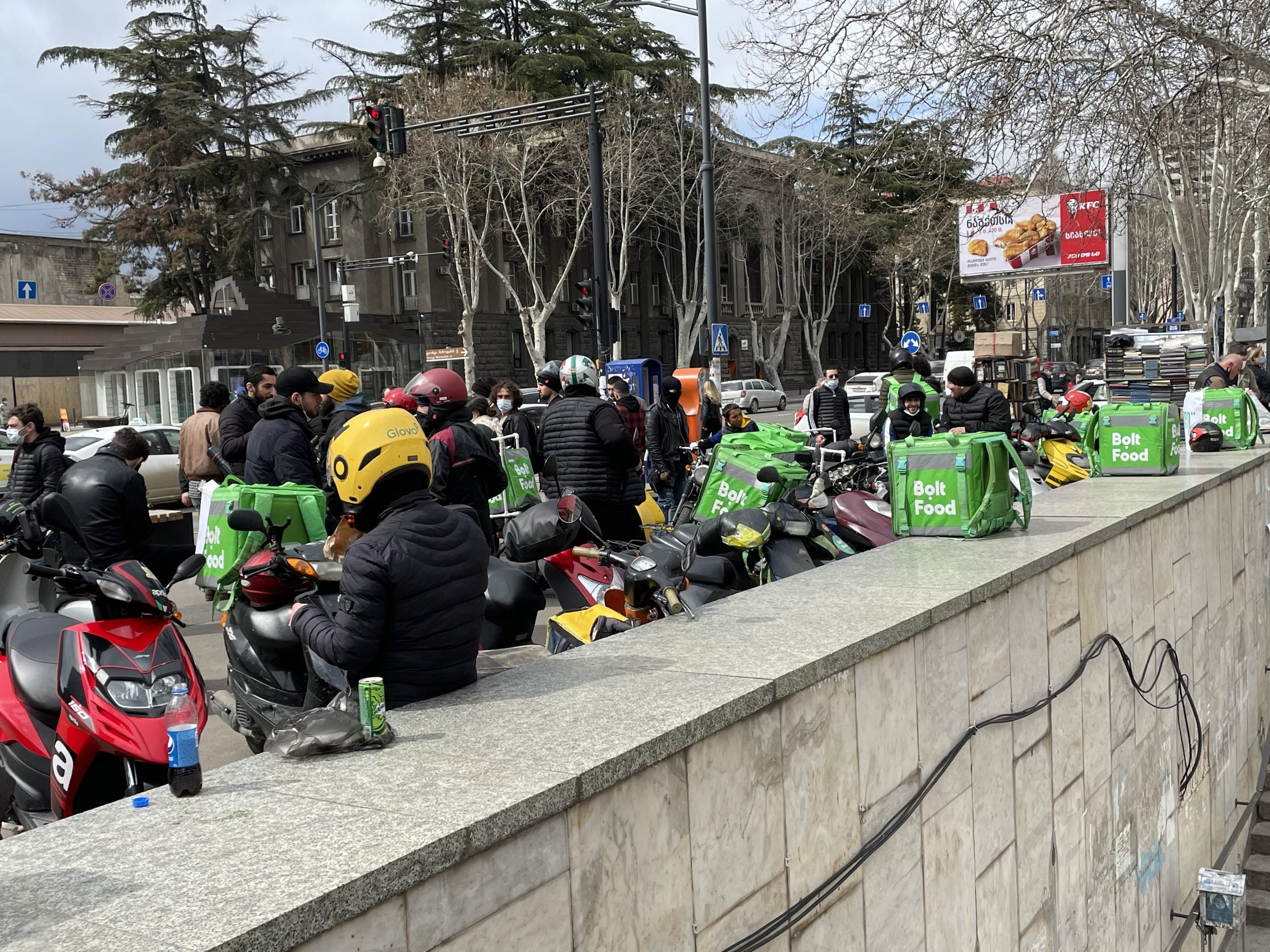