Sokhumi-based Apsnypress cited Russian FM Lavrov as saying that the plan will enable “systematically and effectively” continuing the partnership with the occupied region. It also highlighted that trade turnover between Sokhumi and Moscow increased in 2020, while the sides are also cooperating in the efforts against the coronavirus pandemic.

The Russian Foreign Minister stressed that the two sides should also be guided by the “main direction of cooperation,” outlined by Abkhaz leader Aslan Bzhania and Russian President Vladimir Putin at the last year’s meeting in Sochi.

Sokhumi “foreign minister” on his part hailed the dynamics of Abkhaz-Russian relations “as encouraging,” particularly underlining the importance of cooperation with Moscow in the framework of the Geneva International Discussions (GID). 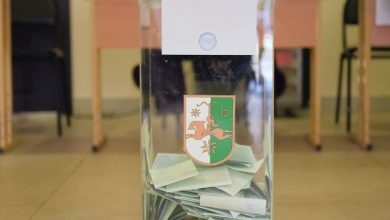