In a statement of October 1, the State Security Service of Georgia demanded the unconditional release of Irakli Bebua, an ethnic Georgian resident of Gali, who was arrested on September 30 by the Russian-backed authorities for burning the Abkhaz flag.

According to the statement, State Security Service has already informed the European Union Monitoring Mission (EUMM), Geneva Talks Co-Chairs and  other international partners on the case.

State Security Service stated that, through the EUMM-managed hotline, Moscow-backed authorities have confirmed the identity of the detainee as Irakli Bebua, who is currently in custody in the occupied Gali region, with his “health condition satisfactory and life not in danger.”

Irakli Bebua was arrested after he allegedly burned the Abkhaz flag, while “victory and independence day” celebrations were underway in Gali, causing a social media outrage with many calling for the man’s expulsion from the occupied region and with others going as far as calling for murder.

Update: as it transpired from the  statement of Abkhaz-controlled Gali administration, Bebua set on fire a decorative banner in front of the local government building, in colors of the flag, rather than Abkhaz flag itself.” 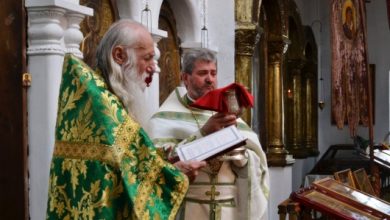 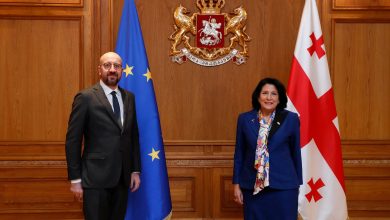