“We are proud that Georgian servicemen, together with NATO troops, are protecting freedom in the most difficult places in the world, and are protecting the values that unite us,” Talakvadze stated. He then noted that “Georgia is and will remain as one of the most reliable allies and partners of NATO and the western family.”

According to Talakvadze,  together with its partners, “in a peaceful way,” “through democratic development,” Georgia will create preconditions for the restoration of its territorial integrity and de-occupation. “It is a difficult way that needs a great patience and a lot of effort, but I think this is the only right path,” Talakvadze stated.

#NATOPA President @MadeleineMoon on a 2-days visit to Tbilisi ??. During her visit, President Moon will meet with President of Georgia @Zourabichvili_S, Speaker of Parliament Archil Talakvadze, and Minister of Defense @GharibashviliGe. Official programme > https://t.co/ErPi5lymI6 pic.twitter.com/zRw1UsfBTU

The NATO PA delegation held meetings with the ruling party and opposition MPs today as well. Georgia-NATO Inter-parliamentary Council was also held. Tomorrow, they will travel to Didi Khurvaleti, a village in Gori Municipality, at the edge of the Russian-occupied Tskhinvali Region/South Ossetia. 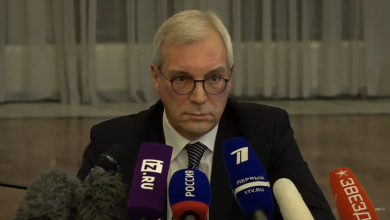