The human rights committee of the OSCE Parliamentary Assembly (OSCE PA) expressed concerns over the resumption of “borderization” in Gugutiantkari village of Gori Municipality, near the occupation line with Tskhinvali Region/South Ossetia.

In a joint statement of August 22, the committee Chair Kyriakos Hadjiyianni (Cyprus), Vice-Chair Michael Georg Link (Germany) and Rapporteur Susana Amador (Portugal) said this “not only entrenches the conflict but impacts the life of the local population.”

Building fences without notice through villages, depriving people of the access to their farmland, ancestral homes and effectively their livelihoods, is simply unacceptable,” they jointly stated.

“Ensuring the freedom of movement of people, who must deal with the consequences of the conflict on a daily basis, is of vital importance to maintain people-to-people contacts and minimize the impact of the conflict onto their lives,” they added.

Condemning “the illegal erection of fences and barriers on Georgia’s internal administrative boundaries” the three call upon “the respective authorities to remove the fence.”

According to the committee members, since the end of the 2008 Russo-Georgia war, “up to 40 kilometers of barbed wire fence have been constructed along the ABL of South Ossetia, creating a physical barrier within several villages and hindering residents’ freedom of movement.”

“Georgians who cross the ABL are regularly detained for doing so. As of mid-August, the construction of the fence continues, despite negotiations to halt the construction,” they stated.

Welcoming the release of the eight Georgian citizens detained by the Russian occupation forces at the ABL with Tskhinvali Region on August 17-18, the committee Chair called upon “authorities to end this practice of harassing local citizens for crossing the ABL.”

Russian occupation forces started construction of new artificial barriers in Gugutiantkari village of Gori Municipality, near the occupation line with Tskhinvali Region/South Ossetia on the eleventh anniversary of the Russo-Georgia war on August 7. 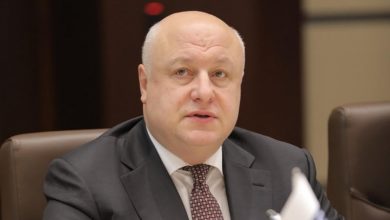 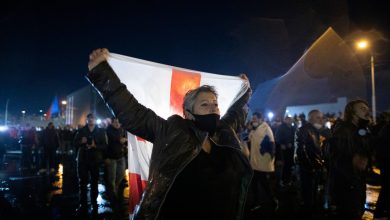 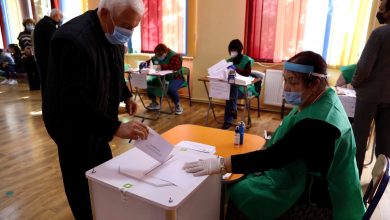