Officials in Tbilisi have slammed as “incorrect interpretation” of history the remarks made by Russian President Vladimir Putin on July 9, where he accused Georgia of “occupation of Abkhazia” and “Ossetian people’s genocide.”

Georgian Foreign Minister Davit Zalkaliani was one of the first among the Georgian officials to respond to the Russian President’s accusations, saying that “we have heard such remarks from the Russian government for multiple times,” and that Putin’s statement is an attempt of “incorrect, partial ad biased portrayal of historical facts.”

“During the centuries-old history of Georgia, there have been a lot of facts and all these facts confirm that Georgia’s territorial integrity, including Abkhazia and Tskhinvali region, had always been recognized by the international community,” Zalkaliani said.

He also explained that the country should do its utmost to take steps towards de-escalation and de-occupation. Zalkaliani also noted that the Georgian government’s position remains unchanged and it remains committed to peaceful resolution of the conflict, in particular, within the format of the Geneva International Discussions.

“Our position has not changed and it implies stating constantly that Georgia’s territorial integrity is recognized by the international community and that all international norms and commitments should be fulfilled,” he said.

Asked what the government is doing to provide the international community with comprehensive information, Zalkaliani responded that “the international community is well informed about the real situation and historical facts that is confirmed by the fact that we have been recognized by the world’s civilized community, as a uniform, sovereign, territorially whole country within internationally recognized borders; this is the answer to the question about what we are doing.”

Commenting on Putin’s remarks, according to which he would not agree on economic sanctions for the sake of Georgian people, Zalkaliani stressed that “it was the only correct decision,” which, he thinks, would be welcomed by everyone.

The Georgian Foreign Minister said that those “irresponsible,” “provocative” and “destructive” statements made by the Rustavi 2 TV host, were aimed at “causing the reaction similar to that of the State Duma.” “We were very close to the decision of imposing an embargo,” he added.

“Did we want to have Georgians deported from Russia like it happened in 2006? The government should take care of its citizens. Who would be responsible for those hundreds of thousands of Georgians who currently live in Russia?” Zalkaliani said.

Georgian Prime Minister Mamuka Bakhtadze also commented on Putin’s remarks today, saying that “we have heard fundamentally incorrect interpretation of the facts.” He also noted that “history of Georgia is part of European history and Europeans, like the global community, have a comprehensive knowledge about this history.”

“Our goal is to ensure that the international community has a correct information not only about our history, but also about our future plans and our future plan is very simple – Georgia will continue building a common state and all those persons living in Georgia, including our Ossetian and Abkhaz brothers, as well as all ethnic groups will participate in this process,” Bakhtadze said, adding that time has come for consolidation rather than polarization.

Speaking about the recently declared economic sanctions against Georgia, Russian President Vladimir Putin said that “due to his respect towards Georgian people,” he would refrain from taking steps, which “would complicate relations” with Georgia. He also explained that Abkhazia and Tskhinvali region historically were independent countries and Georgia carried out “Abkhazia’s occupation” and “Ossetian people’s genocide.”

In response to Putin’s remarks, Georgian Foreign Minister Davit Zalkaliani said yesterday “the Russian President’s decision is the only correct decision and it can only be welcomed.” He also noted that it is inadmissible to make statements, which can “cause irreparable damage to further development of our country.” Georgian and Russian Foreign Ministries have exchanged conciliatory messages previously.

On July 8, the self-regulatory body of Rustavi 2 TV has suspended Giorgi Gabunia from office for a term of two months.

Below is the chronology of developments backwards: 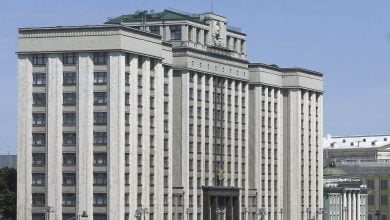 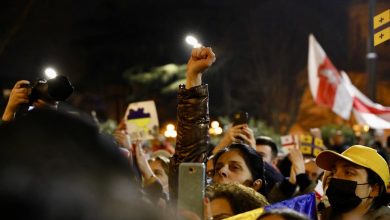 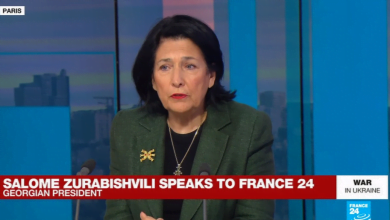