On December 6, Foreign Minister Davit Zalkaliani spoke on Russia’s “continued” breach of the sovereignty and territorial integrity of Georgia at the 25th OSCE Ministerial Council – a regular forum of the OSCE participating states’ foreign ministers – held in Milan on December 6-7.

Minister Zalkaliani said, Moscow “has intensified its illegal steps towards factual annexation” of Abkhazia and Tskhinvali region/South Ossetia, and that “the ongoing process of fortification of the occupation line through installation of artificial obstacles, barb-wire fences, further aggravated the humanitarian conditions of conflict-affected population.”

“We are deeply concerned over the systematic violation of fundamental human rights, including ethnic discrimination against Georgians in both regions. Moreover, hundreds of thousands of IDPs and refugees, victims of continued ethnic cleansing, remain to be deprived of the right to return to their homes in safety and dignity,” Zalkaliani stated.

He then touched upon “the tragic case” of Archil Tatunashvili, “who was illegally detained, tortured and killed by the occupation power” in Tskhinvali region, as well as “the brutal murder” of Giga Otkhozoria and Davit Basharuli, which, according to Minister Zalkaliani, is “a stark reminder of alarming human rights situation in both Georgian regions, where no international monitoring mechanisms are allowed.”

He said, Georgia “continues its constructive participation” in the Geneva International Discussions (GID), but “more needs to be done to deliver on core issues of the agenda, which first and foremost requires political will and commitment by Russia.” He also stressed the Incident Prevention and Response Mechanism (IPRM) meetings in Gali and Ergneti “should be immediately restarted in full respect of the founding principles and ground rules.”

Zalkaliani also said that Georgia is “particularly concerned” by Russia’s ongoing aggression against Ukraine and its illegal occupation of Crimea and the city of Sevastopol. “Moreover, the latest act of unprovoked, armed aggression near the Azov Sea and the Kerch Strait is a blatant violation of international law,” the Minister added.

On the sidelines of the Ministerial Council, Davit Zalklaiani met with his counterparts from Albania, Bosnia and Herzegovina, and Netherlands, as well as the Director of OSCE/ODIHR Ingibjörg Sólrún Gísladóttir, the GID co-chairs, and the Group of Friends of Georgia. He also attended the first GUAM-Canada meeting. 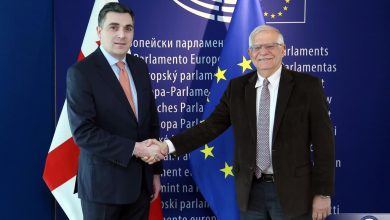 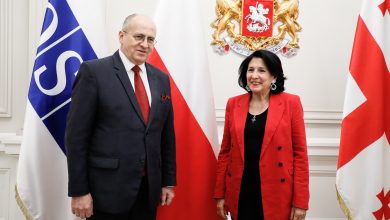 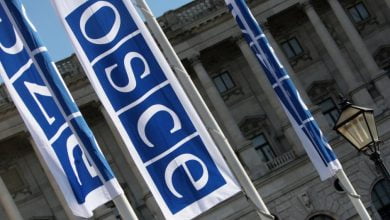 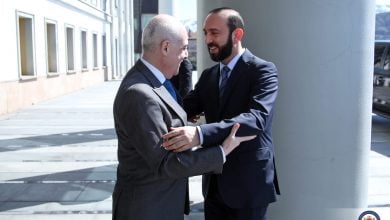