“It is important that the second round of presidential elections be conducted in line with international standards, allowing all Georgian citizens to express their wills freely at the ballot box,” the U.S. Embassy wrote in its brief statement on October 30. The Embassy also said it will “continue to monitor the election environment closely.”

“The U.S. Embassy supports the government of Georgia, civil society, and the Georgian people in advancing the country’s democratic and economic development, including through the conduct of free and fair elections,” reads the statement.

The Embassy also said it “takes note” of the preliminary conclusions of the OSCE/ODIHR Election Observation Mission, which assessed the polls as “competitive and professionally administered, offering voters a genuine choice.”

“We share international and domestic observer organizations’ concerns about shortcomings in the election process, such as mobilization of voters through inappropriate means and instances of misuse of administrative resources, and stress the importance of addressing these shortcomings in the second round,” the U.S. Embassy also noted.

Georgia held the first round of its last direct presidential elections on October 28. The vote results put the ruling party-backed candidate Salome Zurabishvili neck-to-neck with Grigol Vashadze of the UNM-led opposition coalition.

Runoff between the two top contenders has to be held two weeks after the CEC publishes the final vote tally of the first round, that is no later than 20 days after the Election Day. This places the latest possible date of the runoff on December 1, 2018. 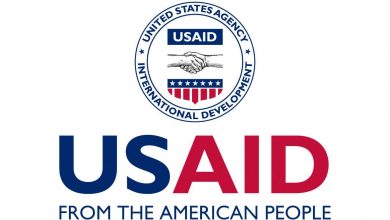