At the meeting with UN Secretary General António Guterres on September 24, Prime Minister Bakhtadze, among others, discussed the work of the Geneva International Discussions (GID).

According to the meeting readout, the SG urged the GID and IPRM participants “to demonstrate greater political will and flexibility in order to help preserve and revitalize” the discussion formats, and stressed the importance of “promoting greater engagement and outreach to populations” in Abkhazia and Tskhinvali Region/South Ossetia.

My meetings in the sidelines of #UNGA continues. Met w/ @antonioguterres, we discussed #Georgia’s #TerritorialIntegrity & #Sovereignty. We touched on #SecGen’s call for @UN’s reform & Co-op between #Geo & #UN. pic.twitter.com/zihjaXK67A

On September 24, Prime Minister Bakhtadze also met with Federica Mogherini, the EU High Representative for Foreign Affairs and Security Policy. According to PM’s press office, the two leaders welcomed the country’s progress on its EU integration path, as well as its implementation of the EU-Georgia Association Agreement.

On the sidelines of the UNGA, Bakhtadze met with his counterparts from Bulgaria and Estonia, as well as with the acting CEO of the Millennium Challenge Corporation, Brock Bierman. He also addressed participants of the Nelson Mandela Peace Summit, a high-level plenary meeting convened by the President of the United Nations General Assembly.

PM Mamuka Bakhtadze is on an official visit to the U.S. on September 16-27. He held a number of high-level meetings in Washington DC last week. In New York, he will address the 73rd session of the UNGA and attend a reception hosted by President Donald Trump. 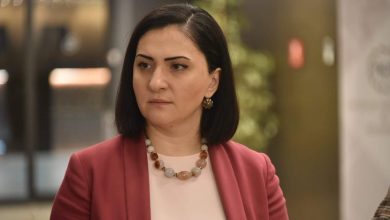