U.S. Ambassador Kelly Degnan addressed renewed accusations by the departed Georgian Dream quartet of U.S. interference in the judiciary, emphasizing that the accusations made against the U.S. and others “are reckless conspiracy theories that have no basis.”

The letter in question is the latest published by MPs Sozar Subari, Mikheil Kavelashvili, Dimitri Khundadze, and Guram Machavarashvili on 16 August. In it, they reiterated claims that the “U.S. Embassy’s actions are all directed at undermining state institutions and bolstering the radical opposition…”

The letter was written in response to a comprehensive document authored by the U.S. Embassy and submitted to the Parliament of Georgia which recommended key reforms to be carried out in the judiciary on the basis of reports compiled by ODIHR/OSCE and the Venice Commission, as well as other relevant international bodies. Some of the issues that the U.S. Embassy focused on included the country fulfilling commitments it made at the Summit of Democracy in 2021, increasing transparency in the process of selecting judges to fill posts, and ensuring gender equality in the higher positions in the judiciary. The report also addressed issues in the High Council of Justice (HCoJ), the body overseeing the judiciary, like selecting non-judicial members of the HCoJ, and overall concerns for its transparency.

Speaking with journalists while visiting the Mtskheta-Mtianeti Regional Hub on 17 August, the Ambassador underscored that the U.S. has worked with Georgia’s judiciary for years and as “everyone knows that there is more work to be done… it’s a little puzzling why there is such resistance now to doing the work that everyone has been saying for a long time…”

“In this case, it is baffling to me why there is a question about the kind of consultation that has been ongoing, not just with the United States, but with other legal experts, domestic, and international, for decades on judicial reform,” she added.

“… It’s very important to keep in mind that the United States works with all political parties across the political spectrum…,” Amb. Degnan explained. “This is how we know how we can better support Georgia in trying to help Georgia develop its democratic institutions…”

Regarding the four MPs, she denoted, “I’m not sure what this group (the quartet) represents. I’m not sure who they represent, and I’m not sure how different they are from the ruling party that they say they left.”

She accentuated, however, that “any accusations that we are responsible in any way for the polarization that exists here is an attempt to shift the blame from those who know they are responsible to Western partners, who have done nothing but tried to help Georgia for 30 years along its European path.”

“Almost every single day I have worked to try and bring Georgia’s political leaders together to try and bridge the deep polarization that existed long before I got here,” Amb. Degnan remarked.

Ambassador Degnan stressed that Parliament needs to focus on issues important to Georgians, among them, the 12 recommendations put forth by the European Commission for EU candidate status. 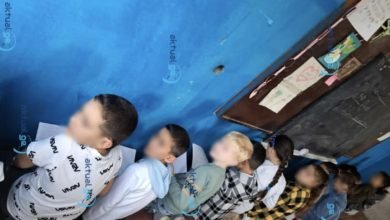 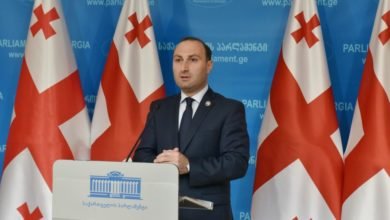