A delegation of the U.S. Congress will be led by the Chair of the Appropriations Subcommittee on State and Foreign Operations, Senator Chris Coons (D-DE), to Georgia this week.

A press release carried by the U.S. Embassy in Tbilisi on April 19 said that the legislators will meet Georgian top government officials and civil society leaders “to discuss the importance of sustaining and strengthening the trans-Atlantic alliance, maintaining a forceful response against Russia’s war against Ukraine, and bolstering European security.”

Some other global issues on the lawmakers’ agenda will be the COVID-19 pandemic, global hunger, refugee crisis, climate change, and non-proliferation, the press release added.

Besides Georgia, the delegation will be visiting France and Italy.

Senator Coons stressed the visit comes amid a “critical moment on the continent and for the trans-Atlantic alliance.”

Meanwhile, Senator Peters said that “the Russian government’s aggression against Ukraine has only reaffirmed the need to further strengthen our close partnership with our European allies.”

“The trans-Atlantic alliance has been steadfast and in lock-step in responding to Vladimir Putin and supporting the Ukrainian military and people,” he noted. “I look forward to meeting with our partners and allies in Europe to build off our joint efforts and continue upholding our mutual democratic values.”

Representative Murphy on her part highlighted that the visit to “France and Italy, two of America’s strongest allies, and Georgia, one of NATO’s closest partners” comes as showing unity with and reassuring European allies has become critical for U.S. leaders amid the war in Ukraine. 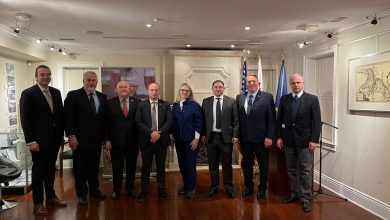