Polish Foreign Minister Zbigniew Rau, in his capacity as the OSCE Chairperson-in-Office, is visiting Tbilisi on March 29-30, where he has already met Georgian top diplomat David Zalkaliani.

“The visit clearly confirms that the OSCE Chairpersonship supports Georgia, especially during this difficult time for the entire world as well as our region,” Foreign Minister Zalkaliani said in a press briefing after the meeting.

The Georgian top diplomat noted that he discussed with his Polish counterpart “Russia’s premeditated aggression against Ukraine and noted that Georgia categorically condemns this aggression, which grossly violates the norms of international law, including international humanitarian law.”

FM Zalkaliani then went on to argue that in terms of security, Georgia and Ukraine face similar challenges. “Georgia was the first [country], against which aggression was carried out in 2008, which resulted in the occupation of our country’s territories and forcible displacement of hundreds of thousands of people.”

Against this backdrop, the top diplomat said Georgia is ready to support Poland’s efforts during the OSCE Chairpersonship to “resolve the existing conflict peacefully.”

“We highlighted that Poland’s support, also OSCE’s active involvement in the Geneva International Discussions, is extremely important to keep the Russo-Georgian conflict high on the EU’s agenda,” he added.

Besides, FM Zalkaliani said the sides discussed the importance of achieving peace and stability in the South Caucasus, “which is a necessary precondition for development and long-term wellbeing.”

“The escalation of the existing situation in the region has greatly affected the entire region and security,” FM Zalkaliani noted, going on to add that Tbilisi stands ready to become a “platform of dialogue between the three South Caucasus countries.”

In his speech, the OSCE Chairperson-in-Office highlighted that “Russia’s unprovoked aggression against Ukraine and destructive actions against several other countries in the OSCE area — with Georgia being one of the most vivid examples — are clearly an attempt to forcefully redraw the borders in Europe.”

He stressed that Russia’s actions are directed “not only against the sovereignty and territorial integrity of particular states like Georgia, Ukraine, or Moldova, but also against the fundamental principles of European security.”

The top diplomat said OSCE appreciates “Georgia’s unconditional support for the Special Monitoring Mission in Ukraine,” and has also taken note of Tbilisi’s offer to provide assistance to the organization’s personnel when they were leaving Ukraine.

Meanwhile, FM Rau pledged that under Poland’s chairpersonship of the OSCE, Warsaw will do its “utmost to keep the issues related to the conflict in Georgia high on the international agenda.”

“In close cooperation with the other Co-Chairs, our objective is to keep open channels of communication between the participants in the Geneva International Discussions to avoid deliberate and unintended escalation,” he stressed.

The top diplomat added that the Incident Prevention and Response Mechanism meetings “could also serve this purpose.”

The OSCE CiO’s trip to the Georgian capital kicks off his tour of the three South Caucasus countries. 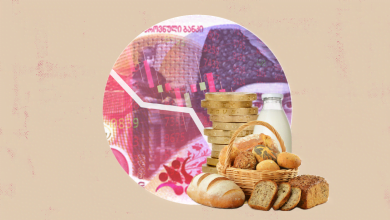 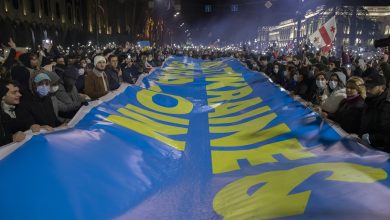