Kremlin-backed authorities of occupied Abkhazia are unlawfully restricting travel to Georgia proper on October 28-30 to all residents, except for those in need of medical assistance, the State Security Service of Georgia said today.

The SSG said “such illegal decisions are often linked to various fictitious reasons,” including ensuring security in the region during elections in Georgia proper. It added that Tbilisi has activated the EU Monitoring Mission-administered hotline over the development.

The Security Service reported that “similar harmful decisions were recorded” in relation to the first round of local polls on October 2. Runoffs for majoritarian and mayoral races are slated for October 30 in Georgia.

The only functioning passage along the dividing line between occupied Abkhazia and Georgia proper is the Enguri crossing point, previously closed by the Kremlin-backed authorities for more than a year over coronavirus fears. The passage was re-opened in July.

About 30,000 ethnic Georgians live in Gali district of Abkhazia, constituting the absolute majority of the district’s population. Gali district, located along the dividing line with Georgia proper, is adjacent to western region of Samegrelo. 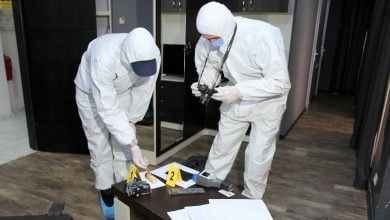