Georgian citizen Zaza Gakheladze, who was jailed for slightly over a year in the custody of Kremlin-backed Tskhinvali, has been released, Georgian Prime Minister Irakli Garibashvili announced on July 14.

Tskhinvali “foreign ministry” also added that Gakheladze was pardoned in exchange for South Ossetian resident V. Gobozov, who was imprisoned in Tbilisi-controlled territory. Reportedly, Gobozov was handed over to the Kremlin-backed authorities yesterday.

Gakheladze was shot and wounded, then detained by the Kremlin-backed forces in July 2020. Accused of crossing the dividing line “illegally” and assaulting a “law enforcement officer” as well, he was illegally sentenced to twelve years and six months by Tskhinvali judges, a decision widely condemned by Tbilisi and the international community.

The Georgian citizen’s family and relatives had slammed the Georgian Government over “inaction” in response to Gakheladze’s nearly year-long detention, and also held a march in June demanding his release. Tbilisi officials, including Interior Minister Vakhtang Gomelauri, had said negotiations were ongoing but refrained from providing details not to foil the talks.

54th Round of Geneva International Discussions 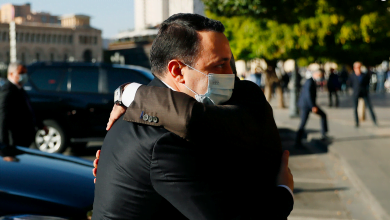 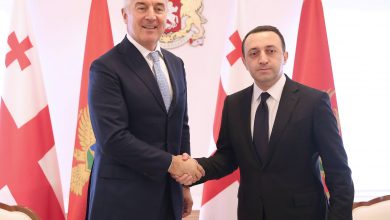