The Parliament of Georgia elected on February 4 Citizens’ party MP Levan Ioseliani as Vice-Speaker with 87 votes in favor.

MP Ioseliani, alongside Citizens’ party leader Aleko Elisashvili, decided on January 29 to defy the opposition’s boycott and take up parliamentary mandates, after signing an electoral reform deal with the ruling Georgian Dream party.

The Citizens’ lawmaker is the second to occupy the Vice-Speaker’s post through the opposition quota, following European Socialists party MP Avtandil Enukidze, unanimously elected by the Parliament on February 2.

Of the five Vice-Speaker seats in the Georgian legislature, opposition lawmakers are entitled to two posts, which remained vacant since Parliament opened amid the boycott on December 12.

Despite the quota, Ioseliani’s and Enukidze’s election to the posts only became possible following the adoption of controversial amendments to parliamentary Rules of Procedure on January 28, allowing opposition MPs without factions to nominate Vice-Speaker and Committee Deputy Chair candidates.

Without the change, Citizens and the newly-founded European Socialists parties’ lawmakers would have been barred from higher legislative positions, as at least seven MPs were required to form a parliamentary faction.

Some of the opposition and civil society representatives decried the amendments as the GD’s attempt to “buy off” opposition lawmakers.

As the major opposition parties are still boycotting the Parliament, citing election “fraud,” the Deputy Chair posts for each of the 15 parliamentary Committees, reserved for opposition MPs, still remain vacant.

After pursuing a career in law, MP Ioseliani became the Head of Aleko Elisashvili’s election headquarters in 2014 and ran as an independent MP during the by-elections in the Mtatsminda constituency of Tbilisi in 2019. 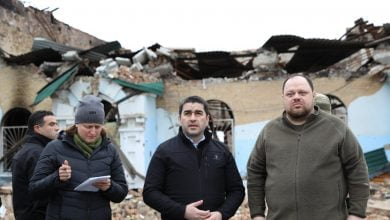