Some of the opposition and civil society representatives said by the move – that is expected to be discussed at the Plenary Session this week – the Georgian Dream is trying to “buy off” opposition MPs.

Senior GD lawmaker Mamuka Mdinaradze said today that the proposed amendments are aimed at enabling opposition representatives to be elected on said positions and engage actively in legislative processes.

The amendments will also give parties unable to form factions the same amount of debate time as the latter, 15 minutes, MP Mdinaradze added.

MP Mdinaradze noted that the initiative comes after considering the request of the only four opposition MPs that entered the Parliament, Avtandil Enukidze, Zaza Mikadze, Pridon Injia, and David Zilpimiani. The four men are businessmen elected through the nativist Alliance of Patriots party proportional list, who later left the party and founded ‘European Socialists.’

The current Rules of Procedure stipulates at least seven MPs are required to establish a parliamentary faction, thus the four lawmakers are unable to meet the requirement which would, in turn, allow them to hold higher legislative positions.

Former Vice-Speaker of Parliament, European Georgia’s Sergi Kapandze argued the bill is aimed at “buying off” elected opposition MPs, that are boycotting the new Parliament over ‘fraud election,’ with legislative positions.

“They are changing the Rules of Procedure to make one or two ‘fake’ opposition members comfortable in the Parliament,” he asserted.

Vakhushti Menabde of the Georgian Young Lawyers’ Association (GYLA), a local CSO, said the positions in question “have never played a significant role” in legislative proceedings. But Menabde argued the proposed posts are being introduced to “appease” opposition parties.

The GD-led Parliament adopted the previous amendments to the Rules of Procedure in July 2020, when it increased the MP requirement for factions from six to seven and reduced the number of Vice-Speakers from nine to five.

Currently, the rulebook says the opposition nominates two Parliament Vice-Speaker posts and holds Deputy Committee Chairperson positions in each of the 15 committees. The Procedure further states that a group of seven opposition MPs outside the faction are also eligible to nominate a deputy chair of the committee.

Eight opposition parties have crossed the 1% electoral threshold at October 31 parliamentary elections last year. The four former members of the Alliance of Patriots took up their seats. Aleko Elisashvili from the Citizens party is negotiating with GD and may take up the two seats his party won. The rest of the parties renounced their seats and are continuing the boycott. The foreign-facilitated talks remain in a stalemate. 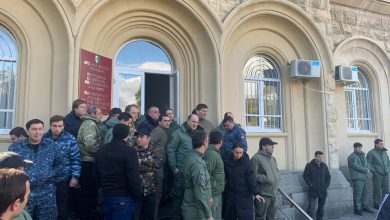 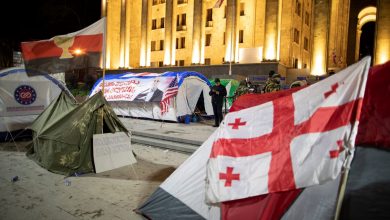 Op-Ed | Time to Push for Consensus-based Politics in Georgia 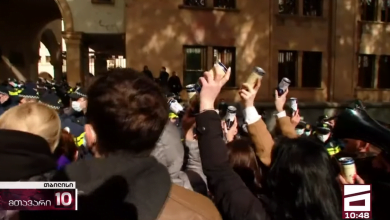