In his sermon clergyman Karkadze, according to a local civil society outfit Tolerance and Diversity Institute, cited a documentary film, claiming Jewish people exerted a big influence and orchestrated revolutions, going on to imply they control modern financial system as well.

“As the Ambassador of Israel and as a son of a 91-year-old Holocaust survivor I call upon the Georgian government to make its voice heard loud and clear in condemnation of those hateful anti-Semitic speeches,” Ambassador Gidor underscored.

The deacon’s speech came two weeks after Kutaisi Metropolitan Ioane Gamrekeli made on December 20 what Israeli Ambassador dubbed as “controversial and problematic sermon, parts of which could have been interpreted as anti-Semitic.”

Metropolitan Gamrekeli himself issued an explanatory statement on December 31 regarding his December 20 sermon and reiterated his respect for the Jewish people, which Ambassador Gidor welcomed on January 4, noting he was “heartened” to read the public explanation.

Few hours before the Israeli Ambassador’s January 8 statement, Kutaisi Metropolitan also condemned Karkadze’s sermon. Gamrekeli, who is also a member of the Holy Synod, the ruling body of the Georgian Orthodox Church, said Karkadze’s sermon contained groundless allegations towards the Jewish people and was not founded on Christian teachings. 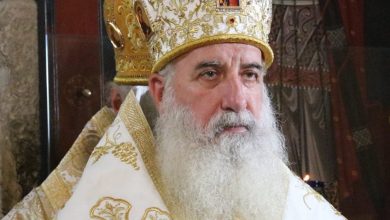 Orthodox Church on Investigation into Ceding Lands to Azerbaijan 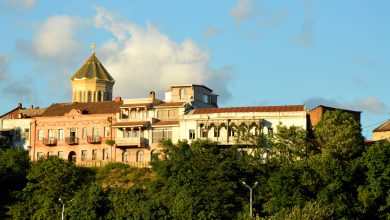