Opposition United National Movement’s candidate Grigol Shushania did not campaign electoral campaign and withdrew from the contest amid opposition’s nationwide boycott to the elections, however, his name still remained on ballot papers. He received 7.98% (2595) of votes.

Kutaisi mayoral race went into runoffs as none of the mayoral hopefuls garnered more than half of the votes in the first round, which was held on October 31, along with parliamentary elections. GD’s Khakhaleishvili then received 45.7% (32,216 votes), while UNM’s Shushania landed second with 30.62% (21,593).

Mayoral by-elections in Kutaisi, the capital of the western Imereti region, was scheduled as Giorgi Chighvaria, former GD mayor, stepped down in April before finishing his term. 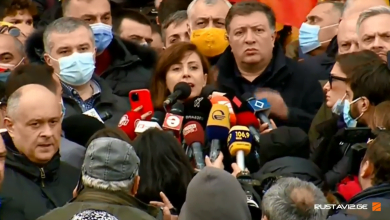