Deputy Foreign Minister reaffirmed earlier remarks by the Georgian officials, underscoring that Tbilisi suspended military cargo transit by land and air towards Azerbaijan and Armenia as soon as tensions erupted in the Nagorno-Karabakh region.

“The flights taking place in the airspace of Georgia are of humanitarian and civil nature only and fully comply with the standards of International Civil Aviation Organization (ICAO),” Deputy FM highlighted.

“Nevertheless, the manipulation of information in the media has intensified, as if military shipments through Georgia are carried out via civil flights,” Darsalia said, adding that carriers and cargo holders are themselves responsible for complying with international law and abstaining from the abuse of humanitarian corridors.

If violations are found and substantiated by evidence, the Deputy Minister stressed that Georgia will respond accordingly, holding violators “accountable under international law, including before the ICAO.”

Earlier, Tbilisi also denounced reports on Georgia allowing passage of Syria militants from Turkey to Azerbaijan, and claims of arms transit to Azerbaijan as “disinformation.” 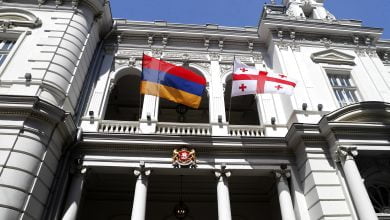 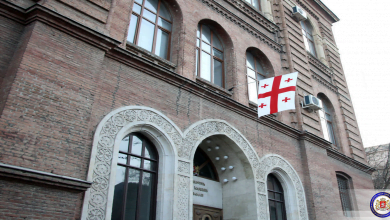