Two employees of Tbilisi-based LGBT organization Inclusive Foundation, Ekaterine Aghdgomelashvili and Tinatin Japaridze, filed the relevant ECHR complaint in January 2011, claiming that “the police had subjected them to physical and mental abuse with clear homophobic and/or transphobic overtones” on December 15, 2009, when 17 police officers in civilian clothing raided their office and strip-searched employees.

The claimants also alleged that the discriminatory nature of the police’s behavior during the raid was disregarded in the investigation process, as there has still been no response to the applicants’ requests to be granted victim status.

Responding to the complaint concerning the inadequacy of the domestic investigation into the raid, the Court held that Georgian authorities “had not undertaken a single investigative act” or probed into “the role played by homophobic/transphobic motives” in the alleged police abuse since the applicants lodged the complaint in 2010 in Georgia.

As the applicants’ version of events “had been established beyond reasonable doubt,” the ECHR concluded that Georgia was to pay each applicant EUR 2,000 in respect of nonpecuniary damage. 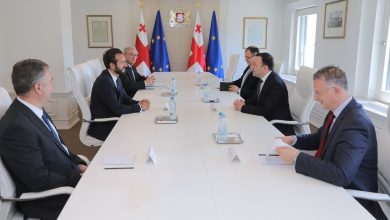