Five opposition parties – United National Movement, Republican Party, Movement – State for People, European Democrats, and Progress and Freedom – have announced on September 15 about establishing an electoral bloc for the upcoming October 31 Parliamentary Elections. The bloc will run in the polls under the name of “United National Movement, Opposition Union – Strength is in Unity (Dzala Ertobashia).”

The United Opposition – Dzala Ertobashia itself was founded in 2018 before the Presidential Elections. The bloc led by UNM includes nine opposition parties.

“We promise that this union established in 2018 will gain the decisive victory in 2020 Parliamentary Elections,” said Grigol Vashadze, one of the leaders of UNM. “We will win to bring freedom and development back to Georgia,” he added.

As noted by the chairman of the Movement – State for People, Nika Machutadze, the bloc will present a common proportional-party list and joint majoritarian candidates for the upcoming election.

Khatuna Samnidze, the chairperson of the Republican Party, stated that “politics is neither about hatred nor contempt, complexes or love. Politics is about principles, values and shared interests, in order to develop our country.”

“As our interests collided, we, Republicans, have decided to establish an electoral bloc with UNM – Strength in Unity, because this is the political power concerning Bidzina Ivanishvili [ruling Georgian Dream party chairman] the most,” Samnidze went on, “we have united to take our part in bringing new, powerful coalition government in the country, which will end Bidzina Ivanishvili’s swamp.”

The Republican Party heavily criticizing the UNM government for years expressed its first sympathies with the former ruling party in 2018 by supporting UNM candidate Grigol Vashadze in the 2018 presidential runoffs. Republicans were part of the Georgian Dream Coalition in 2012 Parliamentary Elections and served as a junior coalition partner in GD-government before the 2016 general election. In 2016 polls, the Republicans ran independently, garnering a mere 1.55% of the votes.

Progress and Freedom party, one of the members of the electoral bloc, was established on August 10 by Georgian Dream majoritarian Kakha Okriashvili and businessmen brothers – Tsezar and Lasha Chocheli. MP Okriashvili was among those “rebel” Georgian Dream majoritarian lawmakers who voted down the amendments on the transition to a fully proportional electoral system last November. 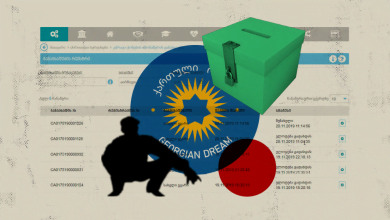 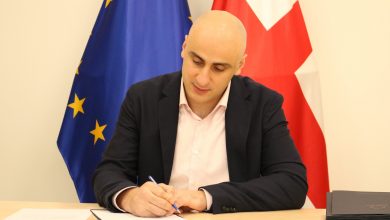 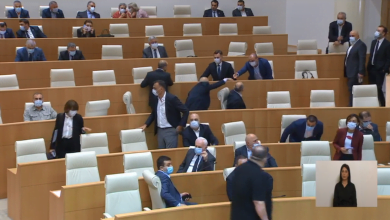