At the 2008 Russo-Georgian war commemoration on August 8, President Salome Zurabishvili and Prime Minister Giorgi Gakharia visited the military cemetery at Mukhatgverdi in the outskirts of Tbilisi, where they paid tribute to Georgian soldiers fallen in the war.

Prime Minister, accompanied by government members, said de-occupation of Georgia and restoration of its territorial integrity is “the end goal, which is the goal of each and every Georgian before claiming victory.”

He then hailed “peaceful actions and peace policy” as the major precondition and the sole possibility to secure the development of the country.

Georgian President Salome Zurabishvili said that the August War of 2008 did not defeat Georgia, as despite Russian occupation “we are a strong, democratic, free and independent country.”

“We will not cringe before Russia, this is the way Georgia has always been and so it will always be,” the President went on, “neither we nor our international partners will forget and accept what happened [in August 2008].”

From the Mukhatgverdi Cemetary. Today is a day of tragedy, the tragedy of an uneven war, and of hope, the hope of a future built on our resilience and our strength to #overcome. pic.twitter.com/eNRpjRoIT4

Today is the day for keeping “silence and thoughtfulness,” when “we respect our heroes,” President Zurabishvili added.

“We are determined to mitigate the human rights and humanitarian situation for the people [across the dividing line] even before the achieving political resolution of the conflict,” Akhvlediani remarked.

Reconciliation Minister also told journalists that “we will spare no efforts to reconcile war-torn society, and to put an end to the pain of the people, that experience the burden of unresolved conflict every day.” 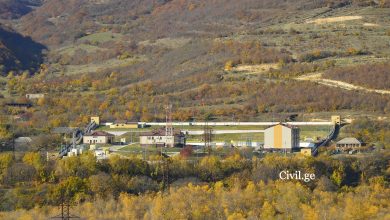