Transparency International Georgia, a local watchdog, issued a statement on May 5, calling for launching talks on how to conduct 2020 parliamentary elections – scheduled on October 31 this year  – in the face of COVID-19 pandemic, and for devising contingency plans in collaboration with relevant stakeholders.

The CSO highlighted the fact that, under the nationwide emergency, effective since March 21, it became impossible to amend the constitution for changing the electoral system as envisaged by the March 8 agreement between the ruling and opposition parties and proceed with other necessary legislative procedures.

It is crucial that public is informed about the specific plans in this regard, the watchdog said.

The watchdog emphasized that the pandemic may not subside until the polling day, and, therefore, some coronavirus-related restrictions may not be lifted.

“It is important for the government to take concrete steps to dispel existing ambiguity [around holding elections during the public health emergency],” TI Georgia stated.

The CSO further noted that the pandemic jeopardized the way pre-election campaign and voting could be carried out, as restrictions on mass gatherings might remain in force for several months.

On March 8, representatives of the ruling Georgian Dream party and the opposition signed an agreement paving the way to adopting an electoral reform for October 2020 parliamentary elections.

The agreement foresees introducing a parliamentary composition based on 120 proportional mandates and 30 majoritarian seats (change from 77/73 system), a fair composition of 30 single-mandate constituency districts, a 1% threshold, and a cap recognizing that no single party that wins less than 40% of the votes should be able to get its own majority in the next parliament.

On March 17, the Georgia Parliament set up a commission tasked with organizing public discussions to deliberate the bill on constitutional amendment to change the electoral legislation. The nine-member Commission is comprised of both ruling party and opposition MPs.

TI Georgia said that alternative methods of voting applied by other countries – voting electronically or by mail –  “would not work” in Georgia due to the lack of trust by political parties and wider public.

The watchdog suggested taking following steps to mitigate impact of the virus on the forthcoming elections:

TI Georgia called on the executive and legislative authorities of Georgia to launch “active” consultations regarding holding elections amid the pandemic with various stakeholders including the CEC, political parties, local watchdogs, and representatives of international partner states and organizations.

Concluding the statement, the watchdog stressed that reluctance to take precautionary measures would lead to low voter turnout and lack of “proper” election observation, calling into question the “legitimacy” of crucial October 2020 polls. 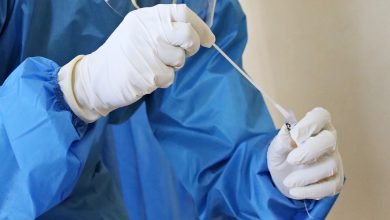