According to the report, in 2019 trust in prosecutorial and investigatory agencies further decreased in Georgia “as investigations into alleged human rights violations by state officials were not completed,” and “fears of politically motivated prosecutions marked high profile cases.”

The report also says that “police used disproportionate and indiscriminate force to disperse mass protests” in the Georgian capital Tbilisi in June and November “resulting in injuries to dozens of protesters.”

Georgia saw thousands assemble in Tbilisi, driven by ongoing conflict with Russia and the authorities’ broken promises on electoral reform. They were undeterred by the police’s heavy-handed response including use of water cannons,” notes the report.

In particular, the organization states that the case of Temirlan Machalikashvili who was shot dead during an anti-terror operation in Georgia’s north-eastern Pankisi gorge by special police forces in December 2017 “was not completed,” while, the case of Afgan Mukhtarli, an Azerbaijani journalist who went missing from Tbilisi on May 29, 2017 and resurfaced a day later under arrest in Baku, “remained open and inconclusive” during 2019.

The organization also shares concerns over media freedom, referring to cases of “widely perceived, or as reported in opposition media, politically motivated prosecution of government critics,” including former director general of Rustavi 2 Nika Gvaramia, and the father of TV Pirveli founder Avtandil Tsereteli.

This encroaching fencing along the line deprived local communities of access to orchards, pasture, and farmland negatively affecting their rights to livelihood and an adequate standard of living,” says Amnesty International.

According to the watchdog, in 2019 Georgian authorities “refused to protect what would have been Georgia’s first ever Pride march,“ and that “there was a continuing failure to uphold the rights of LGBTI people and protect them from threats” from homophobic groups.

Reviewing labor rights in the country, the organization notes that “more than a dozen fatal accidents were reported throughout the year, particularly among miners and construction workers.”

The watchdog highlights that despite expanding the legal powers of the Labour Conditions Inspection Department, it still lacks powers to inspect working conditions beyond safety standards “to address the broader impact of long working hours and production pressures – all of which are enduring problems in various industries of Georgia and contribute to frequent occupational accidents.” 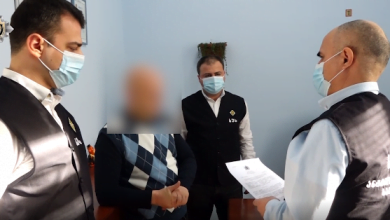