The survey was fielded by the Caucasus Resource Research Centers (CRRC) for NDI between November 19 and December 13, 2019 with the financial assistance of the UK Aid, and was carried out through nationwide face-to-face interviews (excluding Georgia’s Russian-occupied territories) with 2,180 respondents (35% response rate) and has an average margin of error plus, minus 1.9%. 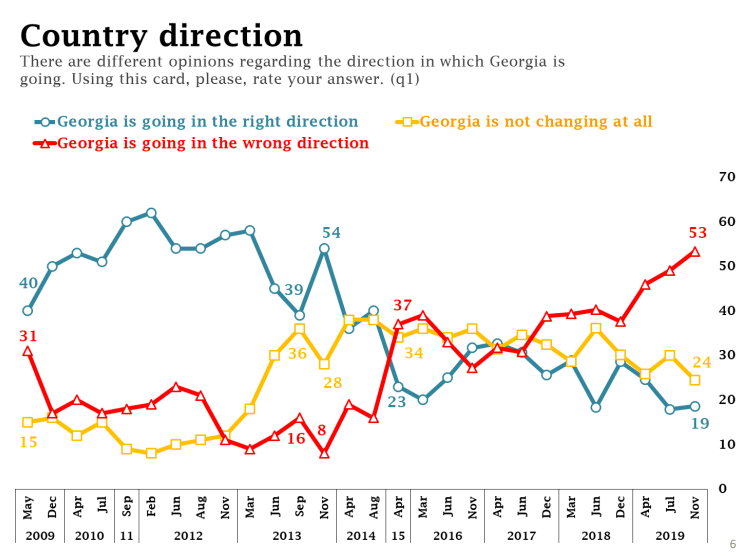 The poll also shows that 59% of those surveyed say Georgia is not a democracy now, making it the worst figure since 2010. 33% of the respondents, however, say that Georgia is a democracy.

Performance of institutions and politicians

The respondents named the Courts (45%) and the Parliament (57%) as the lowest performing national institutions. They enjoy 10% and 9% of positive evaluations, respectively. 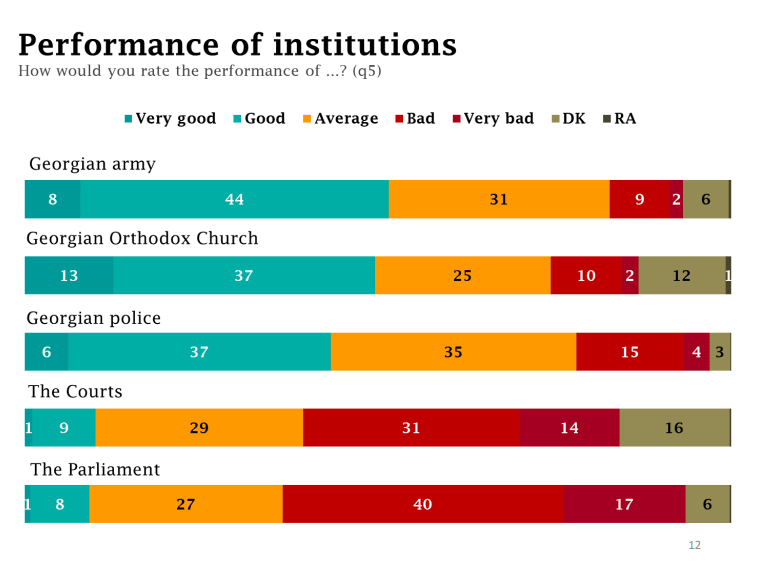 The Georgian Orthodox Church, that ranked highest in polls for a decade, experienced 14% drop in its performance assessed as “good” compared to July 2019. 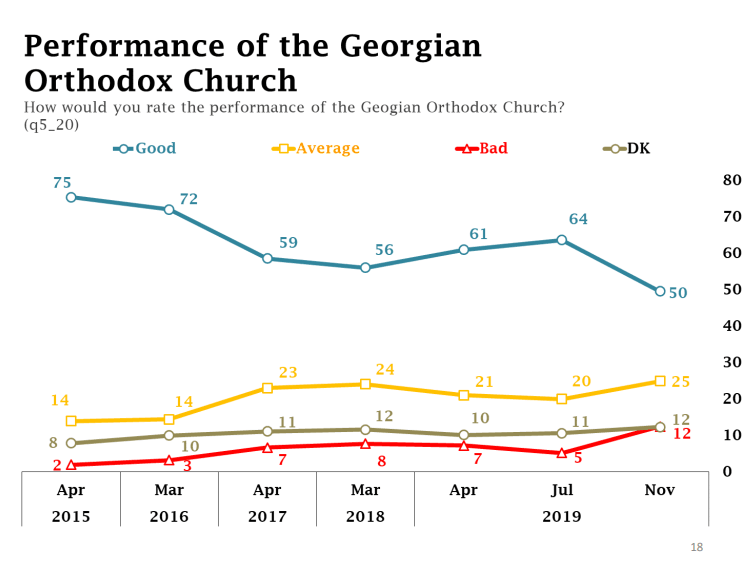 For nearly all ministries, compared to March 2018 poll, the share of respondents viewing their performances as “bad” has increased.

NDI senior director Laura Thornton said “it is alarming to see such low public approval of democratic institutions, and it does not bode well for the country’s future growth and stability,” adding that “it is incumbent upon all political leaders, but particularly those in power, to rebuild the public’s trust in the country’s governance and ensure the legitimacy of the upcoming election process, which is currently under question given the failure to adopt promised election system reform.”

In respect to performance of leaders, Mayor of Tbilisi Kakha Kaladze tops the ranking with 44% (asked in Tbilisi only), followed by Prime Minister Giorgi Gakharia – 21%, Speaker Talakvadze – 13%. The number for President Salome Zurabishvili stands at 9%. The latter’s performance is seen as bad by 54%, while for Speaker Talakvadze the number stands at 36%, for PM Gakharia – 34% and Mayor Kaladze at 22%.

The latter question was asked with a new method. New method (split sample) means that 1. Respondents were given the tablet computer; they selected the answer on their own. 2. Show card included parties with at least 1 percent support in previous poll 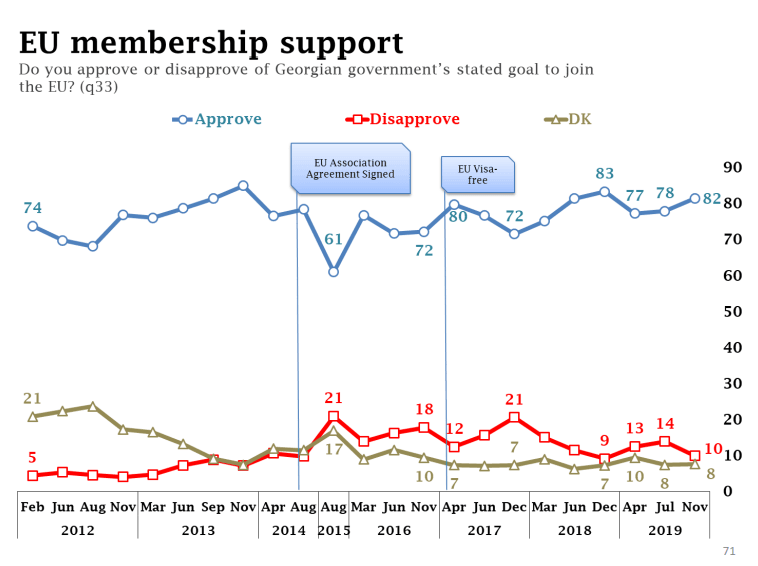 6% of the respondents “completely trust” Georgian media, while 66% has “somewhat trust” in it. 13% “somewhat distrust” it, while 10% says they “completely distrust” Georgian media. TV Imedi is named as the most trusted TV channel by 30% (32% in April 2019), while newly kicked off Mtavari Arkhi TV founded by former Rustavi 2 TV staff enjoys 18% of trust. 12% said they trust Rustavi 2 (28% in April 2019). TV Pirveli is most trusted among 5% of respondents, while the number stands at 3% for Georgian Public Broadcaster. 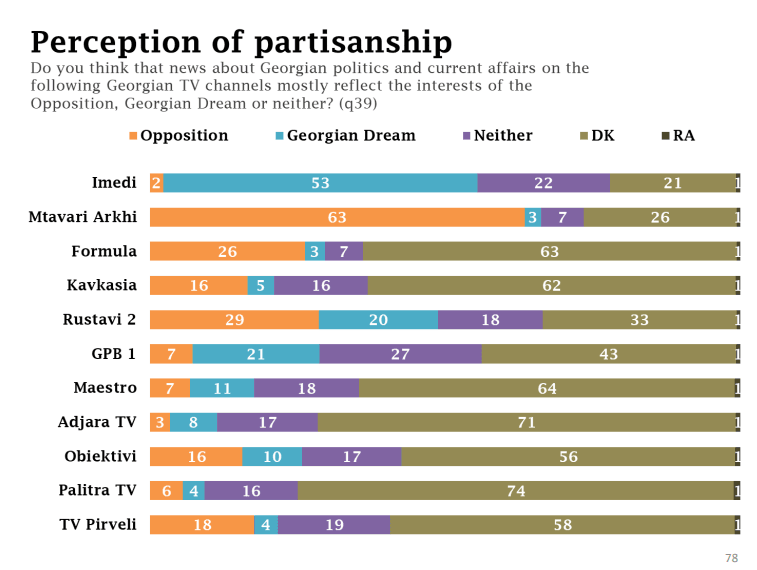 On November 27, 2019 the leader of the ruling Georgian Dream party Bidzina Ivanishvili said “the reputation of the U.S. founded institutions such as NDI and IRI” is “being devalued” by the public opinion polls they publish. Ivanishvili said that “for years now the polls are being published. These are published by very serious organizations of our strategic partner [the U.S.]. And they no longer have public confidence, are often met with [ironic] smile.”